The Bharatiya Gorkha Parisangh (BGP) has urged the central government to exempt the Darjeeling hills, Terai and the Dooars from the purview of this Act.

Darjeeling: As the protest against the Citizenship (Amendment) Bill is continuing in Assam and other parts of the North East, the Bharatiya Gorkha Parisangh (BGP), an apolitical organisation espousing the cause of Gorkhas, has urged the central government to exempt the Darjeeling hills, Terai and the Dooars from the purview of this Bill.

In a letter to Darjeeling BJP MP Raju Bista, Munish Tamang, the working president of the BGP, said: "I am writing to you in the context of CAB not being extended to the Sixth Schedule Areas and areas that are governed by Inner Line Permit (ILP). The argument behind this exemption (in ILP and Sixth Schedule areas) is that these areas belong to vulnerable communities whose language and culture might be completely overrun by the large scale influx or settlement of outsiders, particularly those from Bangladesh."

He further said, "Our areas have also witnessed large demographic changes that are well documented. Geographically, too, we are vulnerable to large scale influx from Bangladesh," citing concerns to those of the CAB protesters in Assam.

Munish said, "We are culturally and linguistically marginalised," and cited historical and cultural affinity to the areas exempted from the CAB. He added that such a move "will ensure that the cultural and linguistic identity of the Hills, Terai, and Dooars is protected and the people of these areas feel safe". The letter was written On Wednesday night. 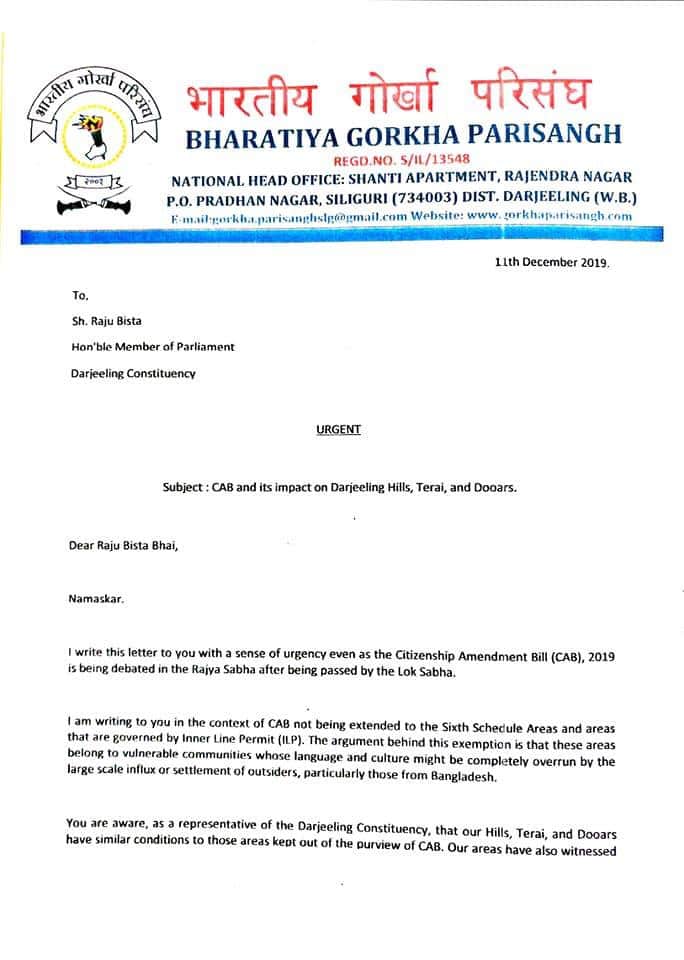 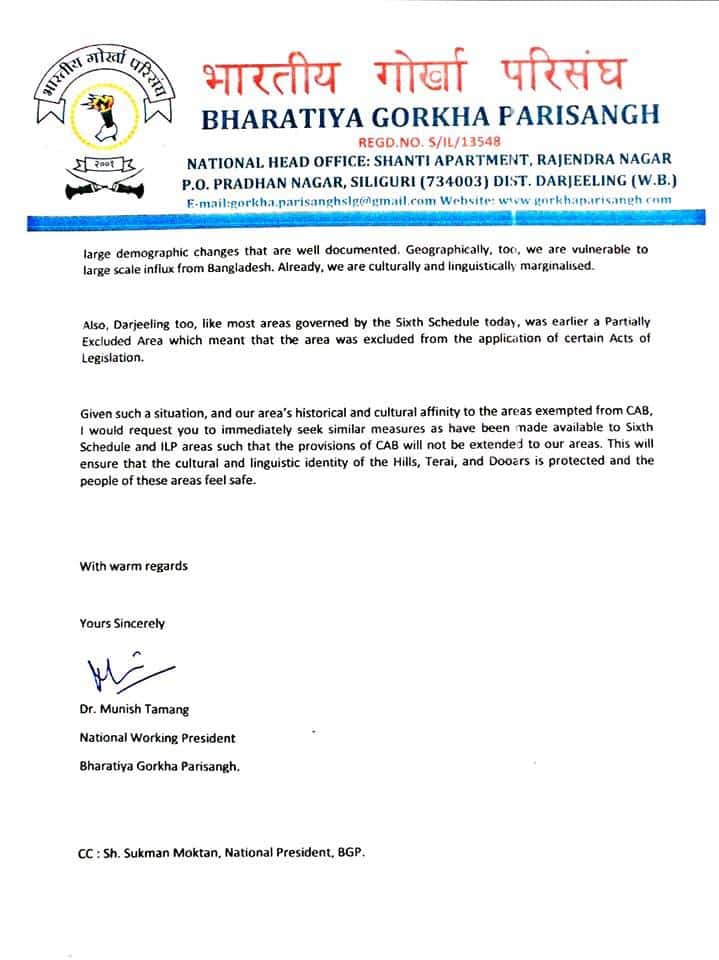 The Tamang camp of the Morcha staged a dharna in front of the district magistrate's office here for the second day on Thursday to protest the CAB and the proposed National Register of Citizen exercise Sources said the Morcha was likely to hold a meeting at Sukna on December 15 to chart its further course of action.

According to the Act, members of the Hindu, Christian, Sikh, Buddhist and Zoroastrian communities who have come from Pakistan, Afghanistan, and Bangladesh till December 31, 2014, and facing religious persecution there will not be treated as illegal immigrants but given Indian citizenship.