As part of the exercise, the two Armies have been training together and have also carried out firing from various platforms to achieve synergy. 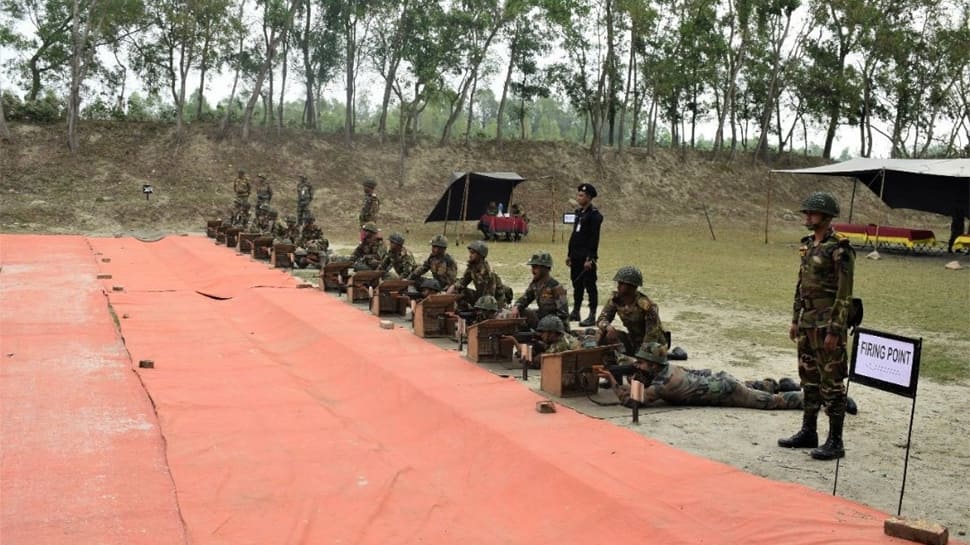 The Indian Army along with the Bangladeshi counterparts on Sunday practised intricate operations that can be executed in a joint counter terrorism environment. The training was part of the eighth edition of joint military exercise 'Sampriti' that is underway in Tangail in Bangladesh.

As part of the exercise, the two Armies have been training together and have also carried out firing from various platforms to achieve synergy. The 'Sampriti 2019', part of the ongoing India-Bangladesh defence cooperation, began on March 3 and will conclude on March 15. It has been aimed at increasing mutual cooperation, bonhomie and camaraderie between the armies of India and Bangladesh.

Ex #SampritiVIII 2019.Having trained together for past few days,troops of #IndianArmy & #BangladeshArmy carried out practice of intricate operations to be executed in a joint counter terrorism environment.Troops also carried out firing from various platforms to achieve #Synergy pic.twitter.com/KGeNaqVWYw

A company group from Bangladesh Army and an equal number from Indian Army are taking part in the two-week long exercise that will see them hone their tactical and technical skills in countering insurgency, counter terrorism and aid to civil authorities for disaster management in an UN peace keeping scenario involving a combined deployment at a battalion level.

At the opening ceremony, the participating contingents marched in and stood side by side, and gave a ceremonial salute to the national flags of both the countries to the strains of Jana Gana Mana and the Amar Shonar Bangla.

The Bangladesh contingent was represented by 36 East Bengal Battalion, while Indian side was represented by 9th Battalion the Rajputana Rifles. Major General Mizanur Rahman Shamim, General Officer Commanding, 19 Infantry Division, Bangladesh Army welcomed the Indian contingent and in his inaugural remarks highlighted the common shared beliefs of democracy, freedom, equality and justice that are precious to both the nations.

The exercise started way back in 2009 as a platoon level exercise and graduated to company level exercise in 2015 onwards. During the two week exercise, both sides are jointly training, planning and executing a series of well developed tactical drills for neutralisation of likely threats that may be encountered during simulated UN peace keeping operations.