Expect that Maldives will not extend emergency: India

Democratic institutions and the courts should be allowed to function without interference, India said. 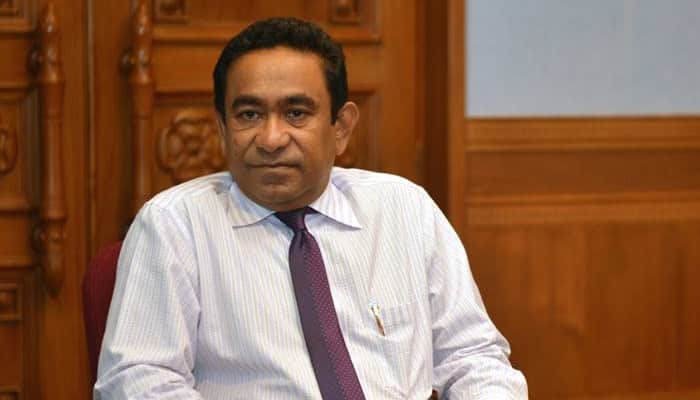 Maldives President Abdulla Yameen has sought an extension of the emergency.
Share:
Written By:

India on Tuesday said it expects that the Maldives government will not extend the state of emergency in the island nation. The statement to this effect from the Ministry of External Affairs came shortly before the period of Emergency declared by Maldivian President Abdulla Yameen was set to come to a close.

The statement also underlined the difference in New Delhi's view with Yameen, who moved on Monday to have the emergency extended by 15 days.

"After the revocation of the Emergency, democratic institutions including the judiciary should be allowed to function independently and in a fair and transparent manner in accordance with the Constitution. The order issued by the Supreme Court of Maldives on 1 February 2018 should be implemented in letter and spirit."

"It is important that Maldives quickly returns to the path of democracy and the rule of law so that the aspirations of Maldivian people are met and the concerns of the international community are assuaged," the statement said.

The ongoing political crisis in Maldives has pressed New Delhi into a balancing act. It has had to repeatedly clarify that it does not intend to militarily intervene in the crisis, like it did in 1988.

India's possible role in bringing the crisis to a close has also been complicated by China's newfound toehold in the Maldives. Yameen has taken Maldives into China's influence, having signed up to be a part of the 'maritime silk road' as part of Chinese President Xi Jinping's Belt and Road Initiative.