Explained: How Pakistan is pushing terrorists, arms, ammunition and drugs inside India

Pakistan has established smuggling networks over the last years into India and especially within the Kashmir Valley, so as to ensure a steady supply of narcotics and weapons. 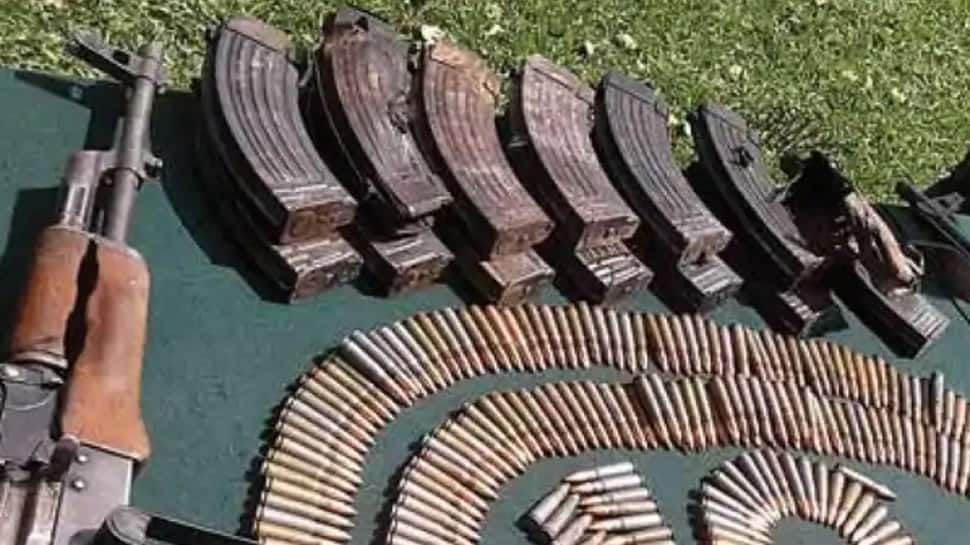 Pakistan has established smuggling networks over the last years into India and especially within the Kashmir Valley, so as to ensure a steady supply of narcotics and weapons. According the report “Pakistan’s bigger plans of narco-terrorism”prepared by South Asia Democratic Forum (SADF), says that an increasing number of exposed consignments on the India–Pakistan border containing narcotics as well as arms and ammunition were seized by the Border Security Force(BSF), particularly in Punjab, indicates expanding activities by terrorists and drug traders, in both quantitative and qualitative terms. Moreover, it points to Pakistan’s ‘larger’ plans to carry out disruptive activities in India.

“A remarkable example lies in an instance which occurred on June 29, 2019, when customs officials in Amritsar (near the Attari border) ceased a heroin cargo worth INR 2,700 crores intended to be smuggled into Kashmir. Furthermore, it is reported that the smugglers, in numerous cases, confessed that they were allowed to traffic narcotics across the border on the specific condition that they would take a consignment of weapons and ammunition to be delivered to terrorists in India”SADF report.

As per the report, there are clear indications that Pakistani-based narco-terrorist networks have stepped up their activities on the Indo-Pakistan international border and are making incessant attempts to push intruders, arms, ammunition, and narcotics into India. International observers have started to describe Pakistan as a ‘Narcostate’  based on the state-sponsorship of illicit activities conducted by the ISI and the military. The combined activities of drug traffickers, terrorist organizations, and Pakistani state agencies constitute an escalating danger to India’s state and society. As such, Islamabad’s narco-terrorism against New Delhi undermines the quality of democracy, the respect for human rights, the rule of law, and social-economic development not only in its immediate neighbourhood but also in the whole of South Asia

Narco-terrorism is here understood as an integral component of Pakistan’s state-sponsorship of cross-border terrorism  used so as to fund and conduct asymmetric warfare against its neighbours -foremost India- and achieve certain foreign policy goals.

The United States Drug Enforcement Agency (DEA) is paying increasing attention to the fact that ‘terrorist organisations use narcotics trafficking for the purpose of gaining revenue’ and fund their activities. It is argued here that, although state-sponsorship of terrorism is already deeply entrenched within Islamabad’s policies towards New Delhi, the ‘Narco-type’ not only constitutes one of its most brutal forms (due to its far reaching and long-lasting consequences) but is also rapidly intensifying.

Pakistan’s primacy in the international narcotics trade and the funding of terrorist activities has been time and again confirmed by several investigation agencies worldwide, as well as by Pakistani sources. After the Taliban takeover in Afghanistan in 1996, the ISI shifted the focus of financing terrorism towards Indian-administered Jammu & Kashmir .

“The involvement by the ISI and other Pakistani security sector agents in the trafficking of illicit narcotics so as to fund anti-Indian activities ‘was disclosed to the Washington Post by former Prime Minister Nawaz Sharif in an interview published in September 1994’. Sharif stated that the then Chief of Army Staff (COAS) Aslam Beg and the then Director General (DG) of ISI General Asad Durrani ‘proposed a detailed “blue print” for selling heroin to pay for the country’s covert military operations’.” Report states.

It was expected that profits would be used to maintain, even increase, terrorist activities, help winning over the local population as sympathisers for and supporters of the Pakistani cause and raise crime levels in India.

Subsequently, despite the fact that ‘state sponsorship of terrorism has come under increased scrutiny and greater international condemnation’, it de facto became a rising threat to the Indian subcontinent and beyond. Here, the overarching aim by Pakistan’s leadership is obviously to create disorder and undermine New Delhi’s efforts in establishing good governance and the consolidation of democratic procedures in its frontier regions and major urban areas. As such, cross-border terrorism is sponsored by Pakistan so as ‘to weaken India from within’ – economically, militarily, politically, and socially . In order to achieve this, Pakistan is targeting the Indian population, not only through indiscriminate killings but also via the use of drugs to destabilize local communities, foment social divisions, neutralize law enforcement agents, subvert governmental effectiveness, accentuate class differences, and exploit the weak (especially the youth, to be recruited into terrorist cells or become addicted to narcotics – or both).

Due to major terrorist attacks, like Uri and Pulwama, and the subsequently increased security measures by the Indian armed forces led to the suspension of traditional smuggling routes in the area and forced the Pakistani to use other land-based trafficking options through Punjab and Gujarat. Also the sea-based smuggling gained significance for Islamabad’s crime-terror nexus.

One of the latest incidents happened on last September 12, when the BSF’s 124 Battalion in the Abohar sector recovered a substantial cache of arms and ammunition. The weaponry consignment was found inside the Indian territory at Dona Mattar village in Ferozpur district and could have been dropped by Pakistani smugglers to be retrieved by their Indian collaborators.

Earlier on August 22, the BSF shot dead five heavily armed Pakistani infiltrators along the international border near Tarn Taran in Punjab. This was the highest number of intruders killed in a single incident along the frontier with Pakistan in more than a decade. Another infiltration attempt was foiled by the BSF, which gunned down two Pakistani-based smugglers in the night from 8 to 9 September 2020. The Indian border force was able to seize further arms and ammunition, drugs, and Pakistani currency. On August 28, during ‘a anti tunnelling drive’, a Pakistani-made tunnel was detected by the BSF. In the past, such channels were used to skirt border fortifications by infiltrators and conduct terrorist attacks on Indian soil.