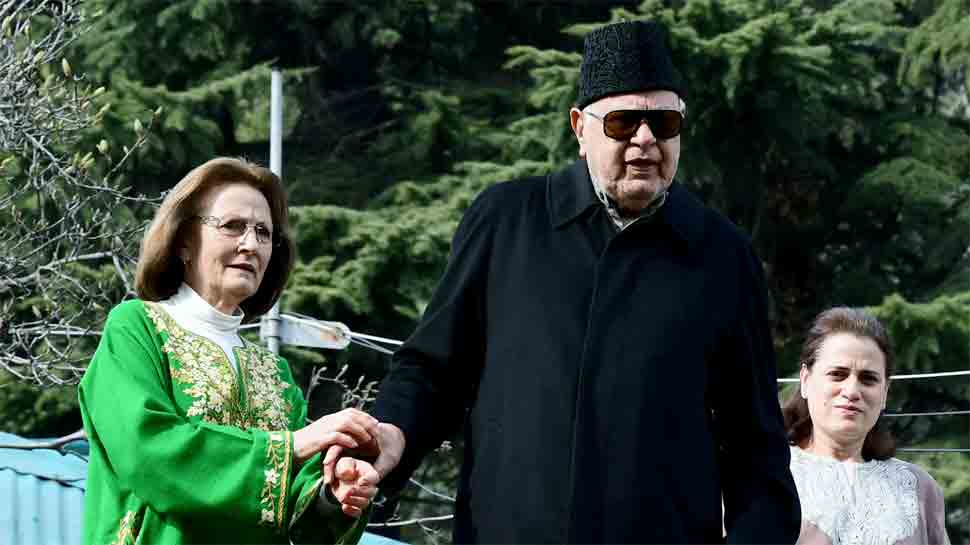 Srinagar: A day after his release, former Jammu and Kashmir Chief Minister Farooq Abdullah went to meet his son Omar Abdullah, who is detained at Hari Niwas in Srinagar.

Two former Chief Ministers - Omar Abdullah and Mehbooba Mufti are still in detention with the stringent Public Safety Act (PSA) slapped on both of them.

"I will answer no questions nor will I make any political statements till everyone is released. Only when they are released, I will be able to talk about political matters," Farooq Abdullah had said on Friday just after his release.

Abdullah was under detention since August 5 last year when the Centre abrogated the special status of Jammu and Kashmir and bifurcated it into two union territories. He was the first chief minister against whom the Public Safety Act was invoked.

The stringent Act was slapped against him on September 15, hours before the Supreme Court was to hear a petition by MDMK leader Vaiko who claimed that Abdullah was illegally detained.