The 84-year-old Jesuit priest died at 1.30 pm. He was suffering from COVID-19 and Parkinson's disease. He was on ventilator support. 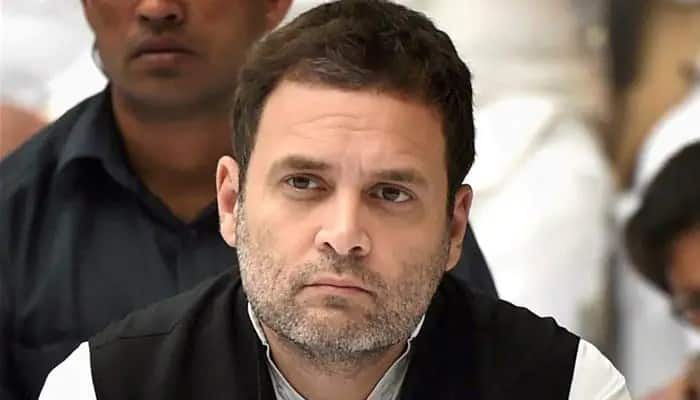 Swamy, who was accused in the Elgar Parishad-Maoist links case, passed away ahead of his bail hearing in the Bombay High Court.

In a tweet, Gandhi said that Swamy deserved justice and humaneness.

“Heartfelt condolences on the passing of Father Stan Swamy. He deserved justice and humaneness,” Gandhi wrote.

Heartfelt condolences on the passing of Father Stan Swamy.

He deserved justice and humaneness.

DMK MP Dayanidhi Maran also expressed anguish on the death of Swamy. He said he will raise the matter in the parliament.

“This is a sad state of Indian politics. We are going to raise this issue in Parliament to voice out that you cannot squeeze or mute the dissident voices of people. This is a democracy,” Dayanidhi Maran said.

The 84-year-old Jesuit priest died at 1.30 pm. He was suffering from COVID-19 and Parkinson's disease. He was on ventilator support.

Dr Ian D'Souza, director of the Holy Family Hospital in suburban Bandra, informed the high court of his death. D'Souza told the court that Swamy suffered a cardiac arrest early Sunday (July 4) morning following which he was put on ventilator support. "He (Swamy) did not recover and passed away this afternoon," the official told the court.

Last week, Swamy had filed a fresh plea in the HC, challenging section 43D(5) of the Unlawful Activities Prevention Act (UAPA), which imposes stringent bars on the grant of bail to an accused charged under the Act.

Last month, the NIA had filed an affidavit before the HC opposing Swamy's bail plea. It had said there did not exist a "conclusive proof" of his medical ailments.