Field Marshal Sam Hormusji Framji Jamshedji Mankeshaw, popularly known as Sam Manekshaw, is considered as one of the greatest military commanders of India. 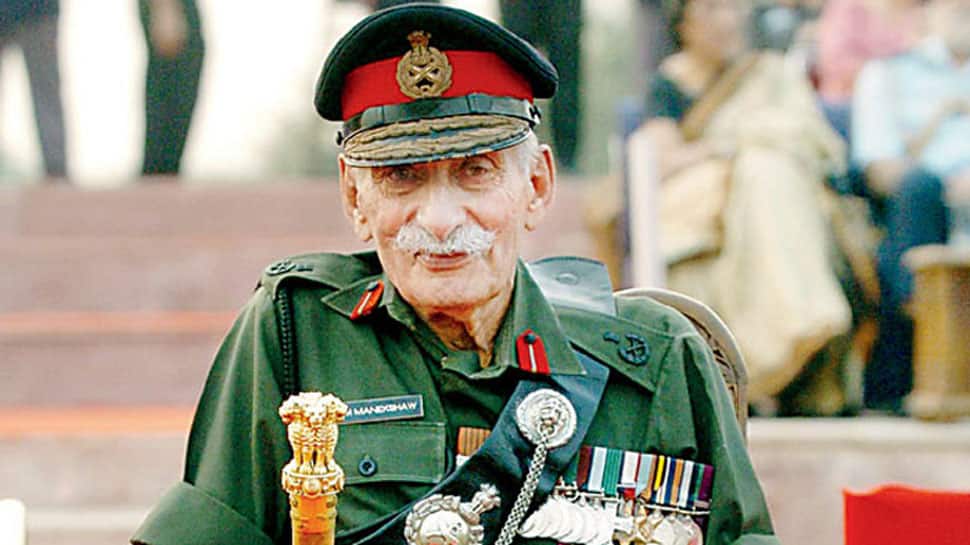 Field Marshal Sam Hormusji Framji Jamshedji Mankeshaw, popularly known as Sam Manekshaw, is considered as one of the greatest military commanders of India.

Born on April 3, 1914, he was the first Indian Army officer to be promoted to the rank of Field Marshal. He served as the Chief of the Army Staff (COAS) during the India-Pakistan War of 1971 and fought five wars during his four-decade-long military career.

He was among the first ones to be inducted into the Indian Military Academy (IMA) in 1932 and was among the first batch of officers who were commissioned from the IMA in 1934. He began his service in the British Indian Army. In World War II, he was awarded the Military Cross for gallantry.

Mankeshaw was appointed the eighth chief of the Indian Army in 1969 and served on the post till 1973. After retirement, in January 1973, Manekshaw was honoured with the rank of Field Marshal, making him the first army officer on whom the rank was conferred.

He also cheated death several times. In one such incident, during World War II in February 1942, Manekshaw was hit nine times in the stomach by a machine-gun but he continued fthe ight. He was so critical that the doctor operating on him was about to give up on his bullet-riddled body. When asked what had happened, Manekshaw quipped that he was kicked by a mule.

At the end of 1947, Pakistani forces infiltrated Kashmir and captured Domel and Muzaffarabad. After this development, Maharaja Hari Singh, the Jammu and Kashmir ruler, asked for help from India and signed the Instrument of Accession. Meanwhile, Manekshaw had carried out an aerial survey of Kashmir and suggested the immediate deployments of troops to prevent Kashmir and Srinagar from being captured. Though the then prime minister Jawaharlal Nehru was not initially in favour of this, he later agreed and troops were sent to Kashmir. Srinagar was occupied just before Pakistani forces reached the outskirts of the city.

In 1961, Manekshaw was caught amid controversy for allegedly making derogatory comments about the political leadership following which he was labelled as unpatriotic. He was charged with sedition. But he was exonerated and he took command of IV Corps in November 1962. Manekshaw told Nehru that the court action against him was a conspiracy and that his promotion had been due for more than a year following which Nehru had apologised.

In 1963, Manekshaw was promoted to the position of the army commander and took over the Western Command. He was transferred in 1964 to the Eastern Command.

An ardent admirer of the Gorkha soldiers, Manekshaw had once famously said, “If a soldier says he is not afraid of death, he is either lying or he is a Gorkha.”

Under him, the Indian Army conducted victorious campaigns against Pakistan during the 1971 war which led to the creation of Bangladesh.

In 1971 April-end, when the then prime minister Indira Gandhi asked Manekshaw if India was prepared to go to war with Pakistan, he replied that he could guarantee victory over Pakistan if she would allow him to handle the conflict on his own terms, and set a date for it to which she agreed. The strategy planned by Manekshaw was followed by the Army launching several operations in East Pakistan. The forces were used to harass the Pakistani Army stationed in East Pakistan in the lead-up to the war.

The war started officially on December 3, 1971, but as the war followed Pakistan's resistance started to fade away crumbled. His radio message to the Pakistani troops was, "Indian forces have surrounded you. Your Air Force is destroyed. You have no hope of any help from them. Chittagong, Chalna and Mangla ports are blocked. Nobody can reach you from the sea. Your fate is sealed. The Mukti Bahini and the people are all prepared to take revenge for the atrocities and cruelties you have committed...Why waste lives? Don't you want to go home and be with your children? Do not lose time; there is no disgrace in laying down your arms to a soldier. We will give you the treatment befitting a soldier".

Manekshaw addressed the Pakistani army several times and Pakistan had to surrender. After the war, Manekshaw became known for his compassion towards the Prisoner of Wars (POWs).

He was honoured with the Padma Vibhushan in 1972 and was awarded the Padma Bhushan in 1968, the second and third highest civilian awards of India respectively, for his service to the nation.