ISRO said that all spacecraft parameters are normal. The next maneuver is Trans Lunar Insertion (TLI), is scheduled on August 14 between 3am and 4 am (IST). 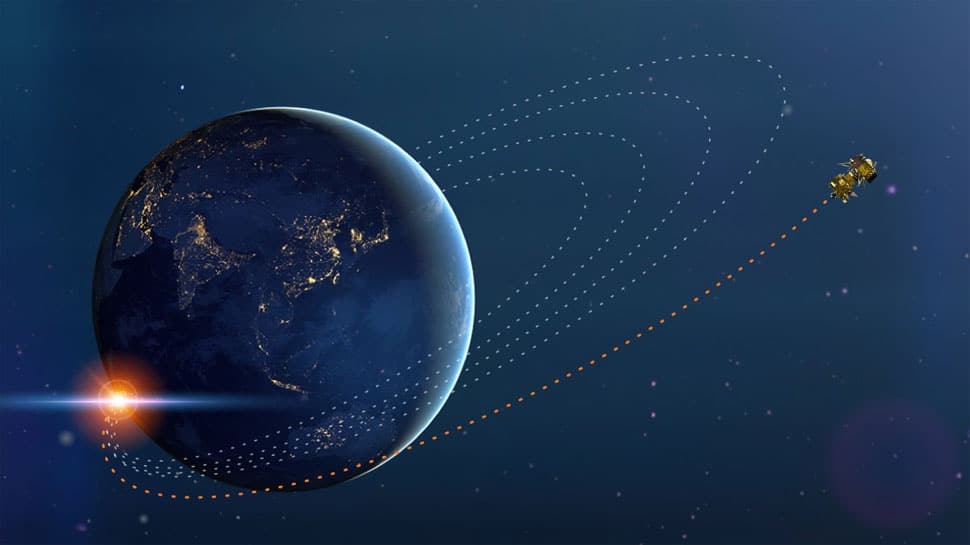 New Delhi: The Indian Space Research Organisation (ISRO) has said that the fifth earth bound orbit raising maneuver for Chandryaan-2 spacecraft was been performed successfully on Tuesday as per plans.

ISRO said that all spacecraft parameters are normal. The next maneuver is Trans Lunar Insertion (TLI), is scheduled on August 14 between 3am and 4 am (IST).

“Fifth earth bound orbit raising maneuver for Chandryaan-2 spacecraft has been performed successfully today (August 6, 2019) at 1504 hrs (IST) as planned, using the onboard propulsion system for a firing duration of 1041 seconds. The orbit achieved is 276 x 142975 km,” an ISRO update read.

ISRO's ambitious second unmanned Moon mission was put into motion on July 22, when the Chandrayaan 2 was injected into an elliptical orbit of 170x45,475 km by India's heavy-lift rocket Geosynchronous Satellite Launch Vehicle-Mark III (GSLV Mk III) in a textbook style.

Chandrayaan 2 is scheduled to reach the Moon by August 20 and land on its surface on September 7. According to ISRO, the lander Vikram will land on the Moon on September 7.

The Chandrayaan 2 lunar mission will make India only the fourth nation in the world - behind US, Russia and China - to have reached the surface of the Moon.