India on Thursday successfully carried out the final trial of the DRDO-developed Nag anti-tank guided missile with a warhead. 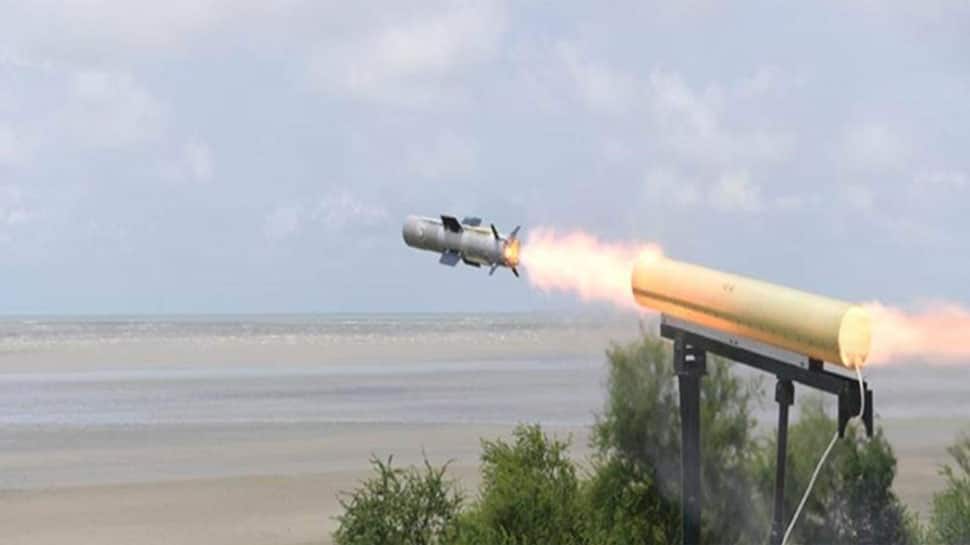 NEW DELHI: India on Thursday successfully carried out the final trial of the Defence Research and Development Organisation (DRDO)-developed Nag anti-tank guided missile with a warhead.

The Missile system is now ready for induction into the Indian Army which has been looking for such a missile system to take down the enemy tanks and other armoured vehicles.

The Nag Missile System fired from a Nag Missile Carrier (NAMICA) can take our targets at ranges of 4 to 7 kilometres and is fitted with an advanced seeker to home on to its target.

The NAG missile is a third-generation anti-tank guided missile, which has top attack capabilities that can effectively engage and destroy all known enemy tanks during day and night.

The Army needs third-generation ATGMs with a strike range of over 2.5km with fire and forget capabilities. It needs them to equip its mechanised infantry units to carry them on their Russian BMP vehicles.

The army is currently using second-generation Milan 2T and Konkur ATGMs and has been looking for about third-generation missiles, which are important for stopping advancing enemy tanks.

The Defence Ministry in 2018 had cleared the acquisition of 300 Nag missiles and 25 NAMICAs for the Indian Army.

PM Narendra Modi, who has given a call for making India ‘Aatmanirbhar,’ and his cabinet colleague and Defence Minister Rajnath Singh, have lauded DRDO's efforts towards strengthening India's defence capabilities.

Developed indigenously by the Defence Research and Development Organisation (DRDO), the Nag ATGM can be launched from both- land as well as air-based platforms.

With a range of 4-7 km, the missile is fitted with home-developed infrared seeker and avionics, the capabilities possessed by only a few nations in the world.