Mannarkkad forest range officer on Wednesday (June 3) said that an FIR was lodged against unidentified people under relevant sections of Wild Life Protection Act over the incident wherein a pregnant elephant died in Kerala's Malappuram after being fed a pineapple stuffed with crackers. 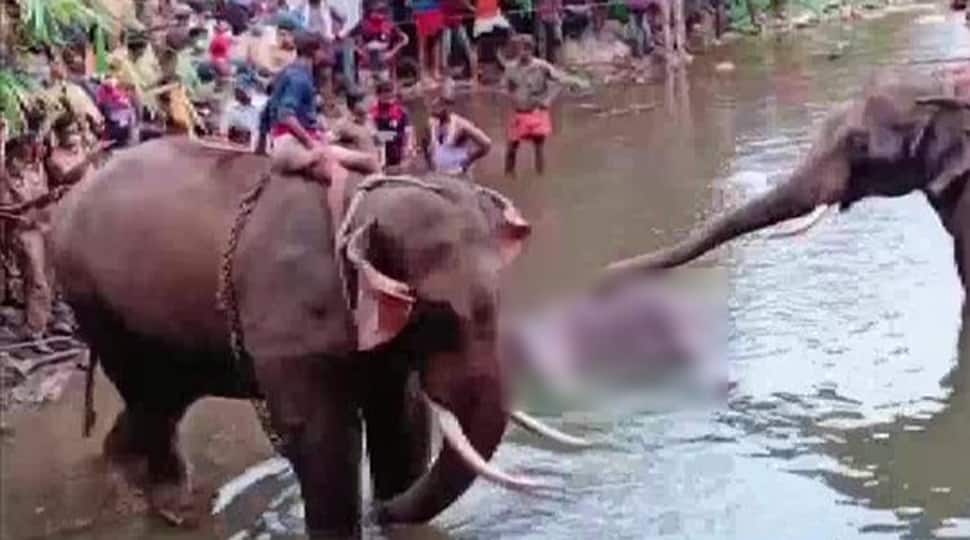 Mannarkkad forest range officer on Wednesday (June 3) said that an FIR was lodged against unidentified people under relevant sections of Wild Life Protection Act over the incident wherein a pregnant elephant died in Kerala's Malappuram after being fed a pineapple stuffed with crackers.

The shocking incident came to light on Tuesday after a forest officer in Malappuram district shared the details of the horrific incident on his Facebook page.

As per details provided by the forest officer, the pregnant wild elephant came out of the forest, meandering into a nearby village in search of food. As she walked on the streets, locals gave her the cracker-laden pineapple to eat and the fruit exploded in her mouth thus killing her.

It is learnt that the elephant suffered serious injuries in her tongue and mouth due to the explosion of crackers and she kept on walking around the village in pain and huger as she was unable to eat anything because of her injuries.

Krishnan wrote, "She didn't harm a single human being even when she ran in searing pain in the streets of the village. She didn't crush a single home. This is why I said, she is full of goodness."

Krishnan also shared photos of the elephant, who later walked up to the Velliyar River and stood there. Photos showed her standing in the river with her mouth and trunk in water. The forest officer said she did this to keep away flies and other insects from sitting on her wounds.

The forest officials brought two captive elephants to lead the injured eleppant out of the river, but the effort proved fruitless. After hours of attempts to rescue her, the injured elephant died in the water.