The Amarnath Yatra will officially begin on July 1 (Masik Shivratri) and conclude on August 15 (Shravan Purnima). 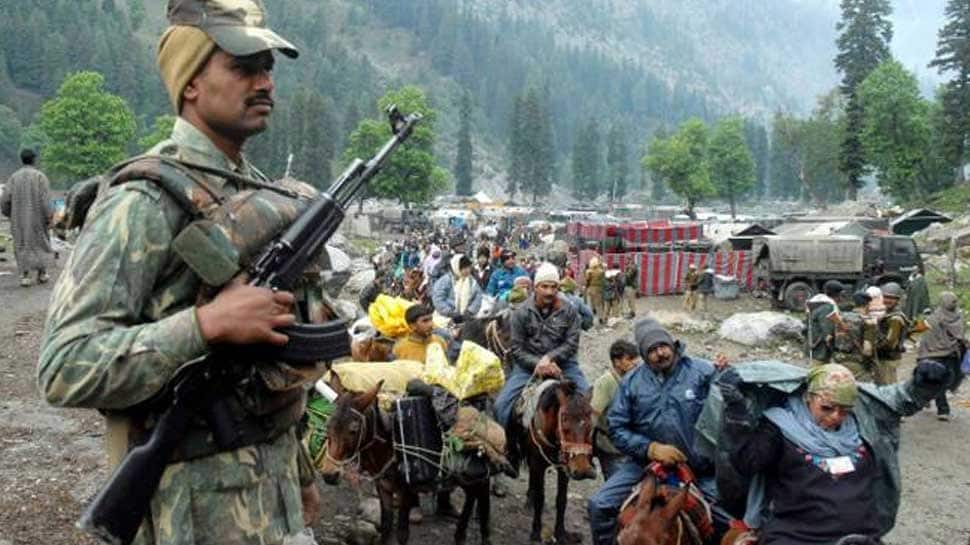 Jammu: The first batch of pilgrims is scheduled to leave for Amarnath from the base camp here on Sunday amid unprecedented security arrangement put in place by the government.

In order to ensure the safety of the Amarnath pilgrims, a multi-layer security cover has been put in place en route to the holy cave shrine in South Kashmir`s terrorism-hit Anantnag district.

The Yatra will officially begin on July 1 (Masik Shivratri) and conclude on August 15 (Shravan Purnima).

"Through the entire stretch of the Amarnath Yatra, different security agencies have been placed. They will be working together to provide a secure and successful religious experience to all pilgrims," said a CRPF official.

CCTV cameras have been placed at several vantage points on the route.

Speaking to ANI, Saurav Sharma, a pilgrim at the Jammu camp said, "Our Home Minister Amit Shah has tightened the security here so that there is no fear in the devotees who come for the Yatra. Devotees should not stop anywhere. They should come straight here and take the Yatra along with the convoy which is the most secure option."

The Home Minister had on Wednesday held a review meeting on security arrangements for the upcoming Yatra. Governor Satyapal Malik was also present at the meeting.

Before Shah`s visit, Northern Army Commander Lieutenant General Ranbir Singh visited units deployed for security of the Yatra and reviewed security arrangements on both the Baltal and Pahalgam axis.