The 55-year-old resident from Dum Dum who was earlier tested positive and was on a ventilator passed away at AMRI hospital on Monday at 3:35 pm. 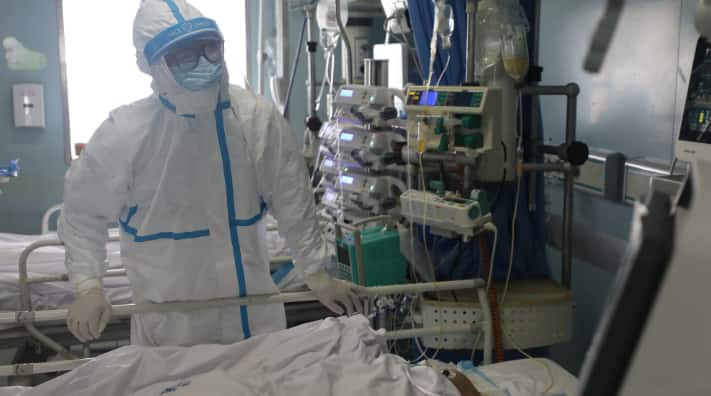 New Delhi: The first coronavirus death report is coming in from Kolkata. The 55-year-old resident from Dum Dum who was earlier tested positive and was on a ventilator passed away at AMRI hospital on Monday (March 23) at 3:35 pm.

According to reports, when the 55-year-old suffered a cardiac arrest, doctors strived hard to revive him till 3:45 pm but failed. Eventually, the hospital authorities informed the Bengal health department about death.

West Bengal Chief Minister Mamata Banerjee, however, wrote a letter to Prime Minister Narendra Modi demanding a ban on all flights coming to the state.

Mamata reportedly said that her government has placed West Bengal under partial lockdown to fight against coronavirus, but the Centre is not helping the cause much by allowing the operation of domestic flights.

Calling the operation of flights a “huge breach of shut down and quarantine protocol”, Mamata said that domestic flights have no arrangements for social distancing.

Her letter reads as, “I, would, therefore, request you to kindly arrange to issue necessary instructions to stop all flights coming to West Bengal with immediate effect so that the source of spreading infection is effectively contained and lockdown in the state is implemented in true letter and spirit.”

Union Civil Aviation Minister Hardeep Singh Puri later today stated that the Centre would soon take a call on suspending domestic flights to curb the spread of coronavirus in the country.

Meanwhile, Prime Minister Narendra Modi earlier expressed disappointment over the fact that people across India are not taking lockdown 'seriously' urging people to follow instructions by the authorities in order to curb the spread of coronavirus in the country.

He also directed the state governments to follow the preventive measures and guidelines issued by the Centre to check the spread of the deadly virus.