During his two-day visit to the Maldives, Foreign Secretary Harsh Shringla extended New Delhi's support for the country's "democratic journey" and signed a number of Memorandum of Understanding (MoU) on infrastructure projects, including on $100 million grant for Greater Male Connectivity Project. 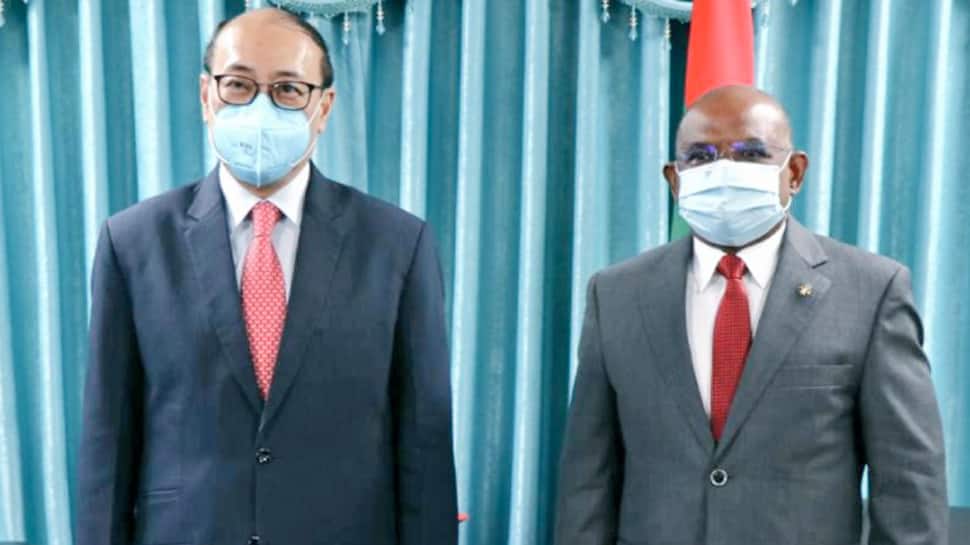 New Delhi: During his two-day visit to the Maldives, Foreign Secretary Harsh Shringla extended New Delhi's support for the country's "democratic journey" and signed a number of Memorandum of Understanding (MoU) on infrastructure projects, including on $100 million grant for Greater Male Connectivity Project.

Highlighting the shared democratic tradition, Foreign Secretary said, "both India and the Maldives have placed an abiding faith in democracy" and "India stands with the Maldives on this chosen path of democracy, to assist your democratic journey".

On the Indian Project, he highlighted, that "the end beneficiaries of Indian projects, big and small, are the people of the Maldives. As elected representatives of the people, we seek your support for the successful implementation of these projects which will bring development and prosperity to the Maldives and its people".

The Greater Male Connectivity Project, biggest in the Indian ocean country involves the construction of a series of bridges and causeways connecting Malé to Vilingili, the industrial zone in Thilafushi, together with the newly proposed International Port at Gulhifalhu. The total length of the entire infra project is 6.7 kilometres.

Other MoUs include Cooperation in Sports and Youth Affairs, the establishment of 2 projects under the High Impact Community Development (HICDP) scheme. These projects are the Agricultural Research Centre in Hdh. Hanimaadhoo and development of Drug Detoxification Centre, both being financed by India.

During the visit, FS also handed over children's park for 67 islands in the Maldives. Sports is a key component of India's diplomacy with the Maldives, and New Delhi is helping build a cricket stadium in the country. Coaching sessions have been organised for coaches and umpires and coaching of the country's 30 member men’s and 30 member women’s team will commence soon in Chennai.