Foreign Secretary Vijay Gokhale on 3-day visit to the US, to meet Trump administration officials

Gokhale is visiting Washington in connection with bilateral foreign office consultation and strategic security dialogue with his American counterparts. 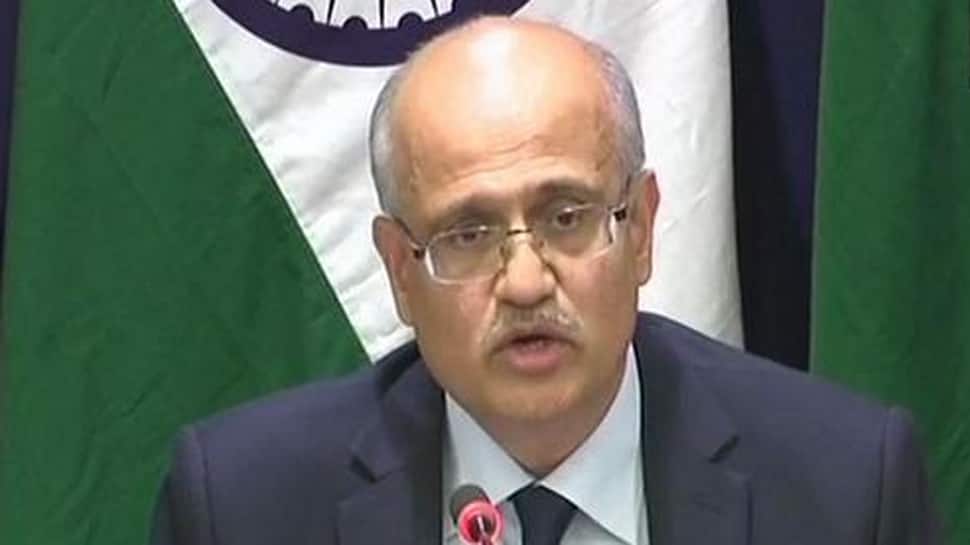 New Delhi: Foreign Secretary Vijay Gokhale began a three-day visit to the US on Monday during which he will meet senior officials of the Trump administration and exchange views on major foreign policy and security-related developments, officials said.

During his visit, Gokhale is also likely to meet with senior leaders in the US administration and US Congress, he said in response to a query on the foreign secretary's visit.

The foreign secretary's visit to the US comes in the backdrop of growing tension between India and Pakistan.

"These are regular high-level dialogue mechanisms to review bilateral relations, exchange views on major foreign policy and security-related developments and coordinate respective positions on issues of common interest," he said.

The Indian strike on the JeM camp was carried out 12 days after the terror outfit claimed responsibility for the Pulwama terror attack on a CRPF convoy in Kashmir, killing 40 soldiers.