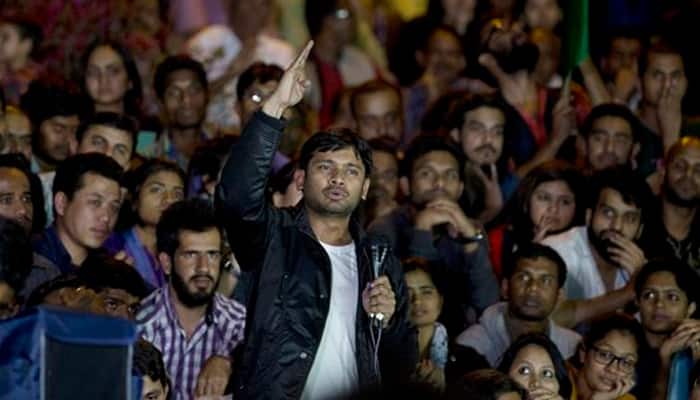 On January 14, 2019, Delhi Police had filed a 1200-page charge sheet naming Kumar, Umar Khalid, Anirban Bhattacharya and several others for allegedly shouting anti-India slogans during an event organised on the JNU campus on February 9, 2016, to commemorate the hanging of Parliament-attack mastermind Afzal Guru.

The charge sheet had cited 13 videos as evidence. Out of the 13, four clips were aired on Zee News exclusively. Unlike the other grainy cellphone videos, these four clips have clear audio-visual footage.

Others named in the charge sheet are Aquib Hussain, Mujeeb Hussain, Muneeb Hussain, Umar Gul, Rayeea Rassol, Bashir Bhat and Basharat. Nearly 36 others, including Communist Party of India (CPI) leader D Raja's daughter Aprajita, Shehla Rashid (then vice-president of the JNUSU), Rama Naga, Ashutosh Kumar and Banojyotsna Lahiri have been named in column 12 of the charge sheet due to insufficient evidence against them, police sources said.

Kanhaiya Kumar was accused of inciting the gathering and shouting anti-India slogans during his address.

Delhi Police later told the court that they will procure required sanctions within the next 10 days.

Meanwhile, the Delhi government is seeking legal advice with regard to granting sanction for prosecution in the JNU sedition case, government sources said on Tuesday.

Sources added there are rules laid down by the court for sanction of prosecution and they will be followed. "The rules allow three months time to the government for granting sanction. Delhi Police took three years to file the charge sheet. The government must be allowed due diligence and legal advice at its disposal before taking a decision," a source said.

The next hearing in the matter is on February 6.

Winter chill returns in UP after overnight rain