George Fernandes had been away from public life for over a decade after he was bed-ridden due to Alzheimer's as well as other health-related issues. 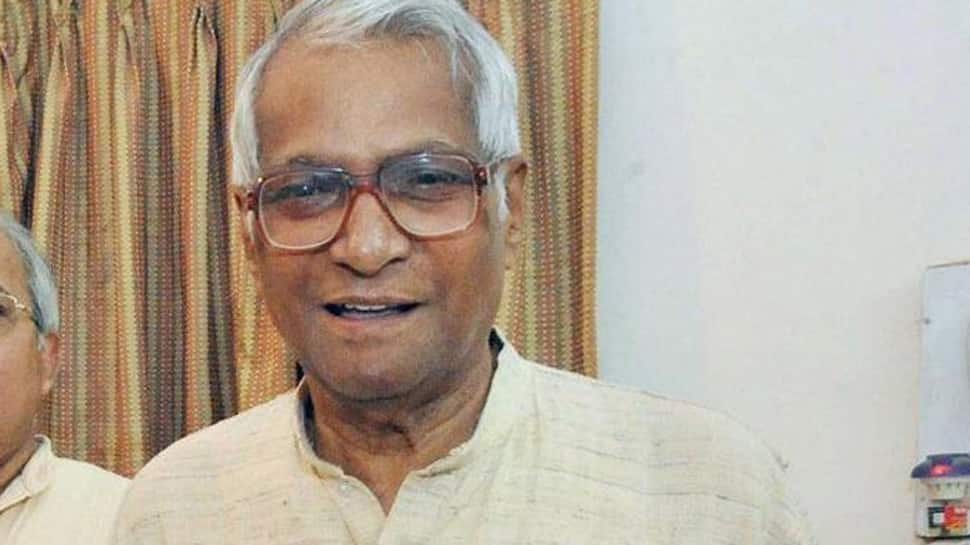 NEW DELHI: Former defence minister George Fernandes died on Tuesday morning at the age of 88. The veteran leader breathed his last in Delhi.

Fernandes had been away from public life for over a decade after he was bed-ridden due to Alzheimer's as well as other health-related issues. On Tuesday, he was rushed to Max Hospital in Delhi's Saket by his wife Liela Fernandes where he was declared brought dead.

Reports said that his funeral will take place after his son, who lives in New York, reaches India in a day or two.

Tributes have started pouring in from all quarters for the political stalwart.

Prime Minister Narendra Modi remembered him as a frank, fearless, forthright and farsighted leader. "George Sahab represented the best of India’s political leadership. Frank and fearless, forthright and farsighted, he made a valuable contribution to our country. He was among the most effective voices for the rights of the poor and marginalised. Saddened by his passing away.

"When we think of Mr. George Fernandes, we remember most notably the fiery trade union leader who fought for justice, the leader who could humble the mightiest of politicians at the hustings, a visionary Railway Minister and a great Defence Minister who made India safe and strong," he tweeted.

During his long years in public life, George Sahab never deviated from his political ideology. He resisted the Emergency tooth and nail. His simplicity and humility were noteworthy. My thoughts are with his family, friends and lakhs of people grieving. May his soul rest in peace.

BJP leader Subramanian Swamy recalled his relationship with Fernandes and said that he used to meet him every Sunday. "Very sad to hear about George Fernandes’ demise. He was a very good friend in his later years. Earlier we had ideological differences due to his being socialist and I for market based economy but we were united in opposing TDK and residual Nehru family," he tweeted.

Bihar Chief Minister Nitish Kumar said: "I offer my deepest condolences on passing away of former defence minister George Fernandes. He was a fiery trade union leader who fought for justice. May his soul rest in peace. My thoughts are with his family."

Rajasthan Chief Minister Ashok Gehlot tweeted: "Heartfelt condolences on the passing away of former Defence Minister Sh. George Fernandes. My thoughts and prayers are with his family...May his soul rest in peace."

Born in south Karnataka, Fernandes began his political career in Mumbai as a trade union leader. A well-known socialist, Fernandes emerged as a giant killer by defeating Congress veteran SK Patil in the latter's bastion in Mumbai in the 1967 Lok Sabha elections.

Founder of the Samata Party, Fernandes shot to fame as an anti-Emergency crusader. He served as a Union Minister in the Janata Party government headed by Morarji Desai from 1977 to 1980. He also served as the defence minister in the Atal Bihari Vajpayee-led NDA government between 1998 and 2004. His last stint in Parliament was as a Rajya Sabha MP between August 2009 and July 2010.