Hooda's meeting with the Congress interim president came amid intense speculations that the veteran Haryana politician was mulling to float a new political outfit. 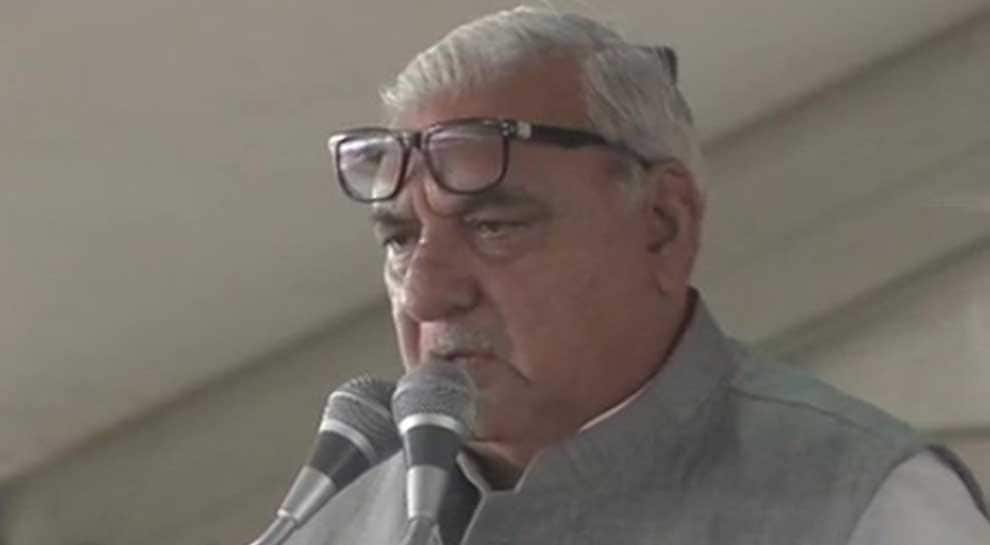 Hooda's meeting with the Congress interim president came amid intense speculations that the veteran Haryana politician was mulling to float a new political outfit ahead of the crucial assembly elections in the state.

Hooda had on Sunday backed the Narendra Modi-led NDA government's move to revoke provisions of Article 370 of the Constitution that gave special status to Jammu and Kashmir and also slammed his party for not supporting it.

"When the government does something right I support them. Many of my colleagues opposed the decision… my party has lost its way, it’s not the same Congress it used to be," Hooda had said at a rally in Rohtak adding, "When it comes to patriotism and self-respect, I’ll not compromise with anyone."

Hooda made these remarks while addressing the 'Parivartan Maha rally' in Rohtak.

The former Haryana chief minister, however, had then refuted rumours about him and said that he is very much with his party.

Continuing his tirade against the Congress leaders, Hooda said that like others, he never compromises when it comes to patriotism and self-respect.

"Those who oppose (abrogation of the special status), I want to tell them - Usulon Par Jahan Aanch Aaye, Vahan Takrana Zaruri Hai, Jo Zinda Hai To Zinda Dikhna Zaruri Hai," he said during the rally.

At a previous occasion too, Hooda had lauded the Modi government's move to repeal Article 370 as a "milestone".

The veteran Haryana leader promised loan waiver, free electricity to farmers, free bus service to women in Haryana Road Transport Corporation (HRTC) and employment to at least one person in each family.

"If we form the government in Haryana, we will bring a law like Andhra Pradesh so that 75 per cent of the jobs go to the people of the state," he said.

"Rs 2,000 will be deposited in the bank account of every poor housemaker. Those below the poverty line will be given rice and wheat at Rs 2 per kg. Poor people will not have to pay electricity bill if they consume less than 300 units of powers," he said.

He also promised that there will be four deputy chief ministers if his party wins assembly elections in Haryana.

Led by Haryana Chief Minister Manohar Lal Khattar, the BJP is upbeat after its unprecedented success in the 2019 Lok Sabha polls and the party has already started preparations for the assembly polls.

BJP chief Amit Shah had announced 'Mission 75' at a rally in Jind on Saturday and accused the Congress of not repealing Article 370 over the past 70 years for vote bank.

Earlier in the 2014 elections, the party crossed the halfway mark in the 90-member Assembly by winning 47 seats.

The BJP had ousted the two-time Chief Minister Bhupinder Singh Hooda by reducing the Congress to just 15 seats in the state Assembly.