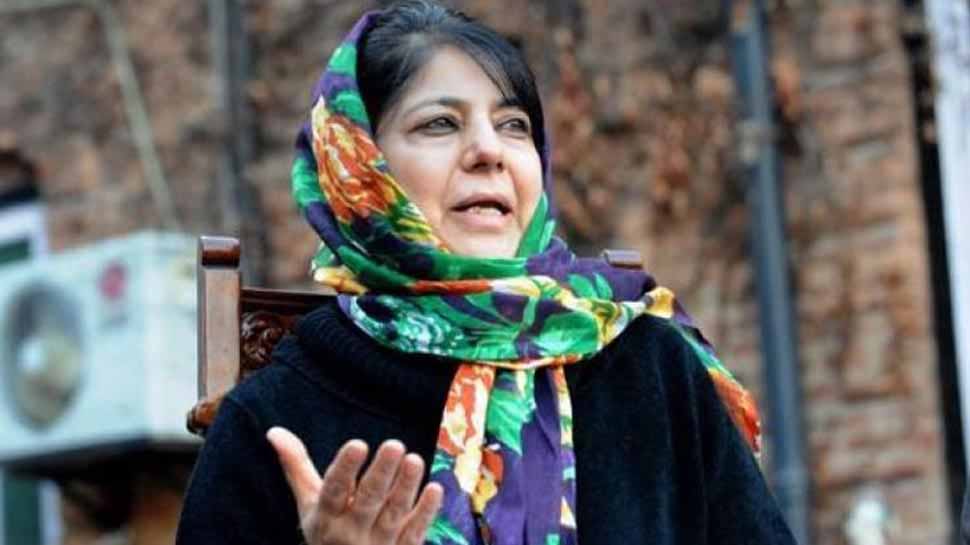 Former Jammu and Kashmir chief minister Mehbooba Mufti on Monday lauded the European Union (EU) Parliament's decision to debate and vote on a motion against India's Citizenship Amendment Act (CAA). The motion was tabled by a large chunk of the EU members alleging that the CAA marks a 'dangerous shift' in the country's citizenship regime.

Taking to micro-blogging site Twitter, Mufti tweeted, "Discriminatory CAB & repressive measures in Kashmir are India’s internal matter only when EU parliamentarians/ international community condemn such actions. Had they spoken about it in glowing terms it would be lapped up by the same establishment."

A total of six resolutions have been tabled by groups within the EU, including the Group of the Progressive Alliance of Socialists and Democrats in the European Parliament (S&D), Group of the European People's Party (Christian Democrats) (PPE), Group of the Greens/European Free Alliance (Verts/ALE), European Conservatives and Reformists Group (ECR), Renew Europe Group (Renew) and European United Left/Nordic Green Left (GUE/NGL) Group.

The resolutions have a similar theme with a number of them, such as the GUE/NGL Group, also making a reference to the revocation of Article 370 that gave special status to Jammu and Kashmir. They are set to be debated in the European Parliament in Brussels next Wednesday and voted on the day after.

Official sources in New Delhi on Sunday said the EU Parliament should not take actions that call into question the rights and authority of democratically elected legislatures. The Citizenship Amendment Act (CAA) is a matter entirely internal to India and the law was adopted through democratic means after a public debate in both houses of Parliament, they said.

The Indian government has stressed that the new Act does not deny any citizenship rights but has been brought in to protect the oppressed minorities of neighbouring countries and provide them with citizenship.