The woman who was wounded in celebratory firing during the party at Singh's farmhouse in Delhi succumbed to injuries even as the legislator and his driver were arrested, said the police. 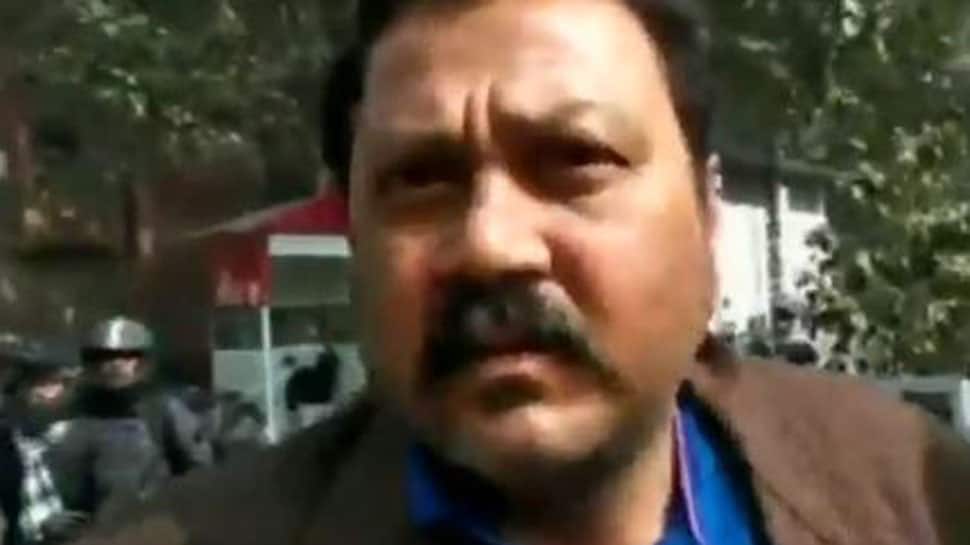 BJP leader and former JDU MLA Raju Singh, who was arrested for killing a woman during New Year's Eve party celebrations in the national capital, was on Thursday sent to the police custody for seven days.

A pistol and a rifle were seized from the car in which Raju Singh fled from the spot after the incident, Special Commissioner of Police, Law and Order (south), R P Upadhyay said.

"We have arrested Raju Singh and Hari Singh in connection with the incident. They will be produced in a city court later in the day. Police will seek their remand for seven days," he said.

Upadhyay said the woman who was injured during the incident succumbed to injuries.

On Wednesday, they were detained in Uttar Pradesh's Gorakhpur city.

In his complaint to police, Archana Gupta's husband had said that they were at the farmhouse on Monday night to celebrate the New Year along with friends and around midnight, two-three rounds were fired by Raju Singh.

Immediately, he noticed that his wife had fallen down and was bleeding.

The Delhi Police was informed and a medicolegal case was registered, a hospital spokesperson said.

Raju Singh was booked under relevant sections of the Indian Penal Code and the Arms Act, police said, adding that he has five other cases registered against him.

His wife is a former member of the legislative council from Bihar, they said.

The farmhouse is owned by Singh's mother where he lives with his family. Singh's two brothers also live with their families in the farmhouse, police added.