The incident occurred at the Diggin Palace here, they said. 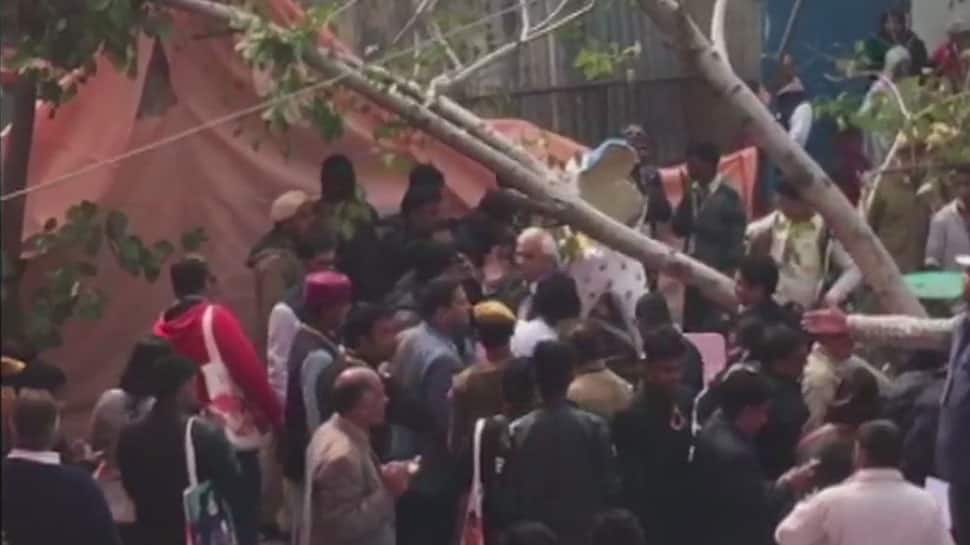 Jaipur: A part of a tree fell in a restricted delegate area on the first day of the annual Jaipur Literature Festival on Thursday, injuring four unidentified visitors, according to a statement issued by JLF organisers.

The incident occurred at the Diggin Palace here, they said.

"A part of a tree fell, resulting injuries to four people. First aid has been administered to them and precautionary measures have been taken," the statement said.

The injured, however, were relieved from a hospital after treatment, it said, adding the event continued undisturbed.

The 12th edition of the five-day festival, billed as the largest free literary event in the world, will host over 350 speakers including authors, scholars, actors, humanitarians, politicians, business leaders and sports persons from across India and the world.

Among a galaxy of literary stars set to speak at this year's event are Booker Prize-winning Nigerian writer Ben Okri and Pulitzer Prize-winning authors Andrew Sean Greer and Colson Whitehead.