Three of the arrested are Bangladeshi nationals while the other is an Indian national who is believed to have been harbouring them. 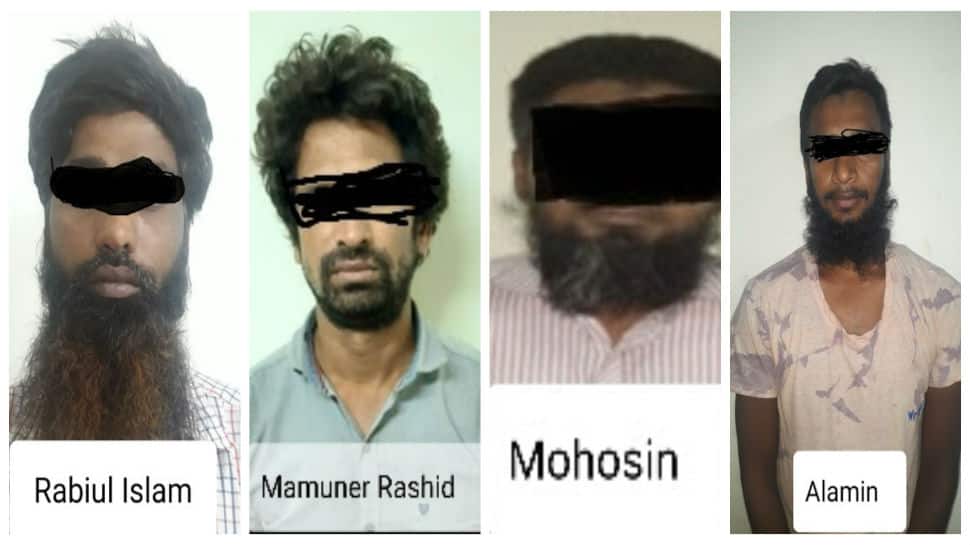 Acting on a tip off, the Kolkata Police's Special Task Force (STF) arrested four neo-Jamaat-ul-Mujahideen Bangladesh (JMB) or the Islamic State (IS) operatives in the city on Tuesday.

Two operatives identified as Md. Jiaur Rahman and Mamonur Rashid - both Bangladeshi nationals, were arrested from the vicinity of Sealdah Railway Station's parking lot. A mobile phone containing photos, videos, jihadi text and literature were found on them.

Two other operatives identified as Md. Sahin Alam and Robiul Islam were arrested from Howrah Station. While Alam is a Bangladeshi national, Islam is an Indian national and lived in West Bengal's Birbhum district.

The arrested Indian national was also a member of the banned terrorist organisation and was helping it by harbouring as well as recruiting and collecting funds from India.

The three arrested Bangladeshi nationals had taken shelter in India to escape arrest in Bangladesh and were also involved in recruitment under the Islamic State banner and in collecting funds for the organisation.

All four arrested were reportedly active in using social media to spread their agenda and a lot of digital documents, videos and audio files along with jihadi booklets were recovered from their possession. The main motive of their organisation was to overthrow democratic governments in India and Bangladesh and establish Sharia law under a caliphate.

The four operatives are to be produced before court later on Tuesday.