While the government maintained that the bill was to ensure justice to Muslim women, opposition parties claimed that it was violative of the norms of the Constitution. 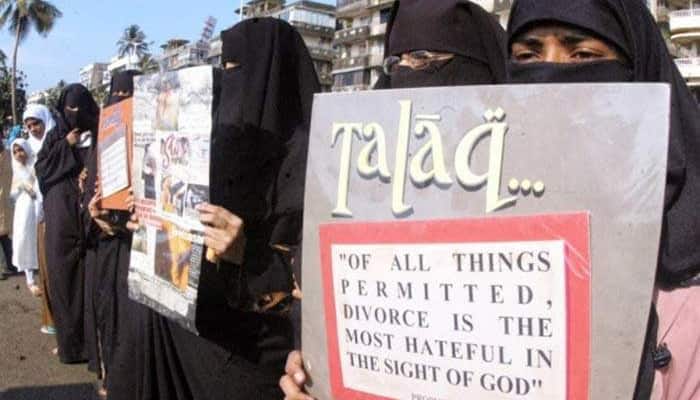 Prime Minister Narendra Modi-led NDA government on Friday tabled a fresh triple talaq bill in the Lok Sabha amid uproar by opposition parties. The Muslim Women (Protection of Rights on Marriage) Bill 2019 became the first legislation to be tabled in Parliament by the Narendra Modi government in its second term.

While the government maintained that the bill was to ensure justice to Muslim women, opposition parties claimed that it was violative of the norms of the Constitution.

The table was billed in the Lok Sabha by Union Law Minister Ravi Shankar Prasad, who pointed that there were as many as 543 cases of triple talaq reported in the country. According to the minister, there had been 200 instances of triple talaq even after the Supreme Court banned the practice.

“This is a question of dignity of women and we are committed to (safeguard) it,” said Prasad.

He further said, “Rights of Muslim women will be protected. It is about justice and empowerment of women. People have chosen us to make laws. It is our work to make laws. Law is to give justice to the victims of triple talaq.”

Congress MP Shashi Tharoor opposed the introduction of the bill, saying that the government must make a law that universally punishes those who abandon their wife.

“Make a law which universally punishes those who abandon wife and law. Why focus only on one community as the SC has already criminalised the act. Instead of protecting the bill makes the Muslim women vulnerable. The bill is amenable to misuse,” said Tharoor.

All India Majlis-e-Ittehad-ul-Muslimeen (AIMIM) chief Asaduddin Owaisi also targeted the government over the bill. Taking a dig at the government, Owaisi said that the BJP “has so much affection for Muslim women but it opposed the rights of Hindu women to enter Sabarimala temple in Kerala”.

Owaisi said, “The triple talaq bill violates constitutional rights as it stipulates three-year jail term for guilty Muslim men while non-Muslim men get only one year of jail term for a similar offence.”

As soon as Lok Sabha Speaker Om Birla asked Prasad to move the bill, several opposition members rose in protest and Birla allowed them to put forth their point of view. The bill was introduced following a division of votes, with 186 members supporting and 74 opposing it.