The IMD has issued an alert of heavy to very heavy rainfall for all districts of Uttarakhand, including Dehradun. 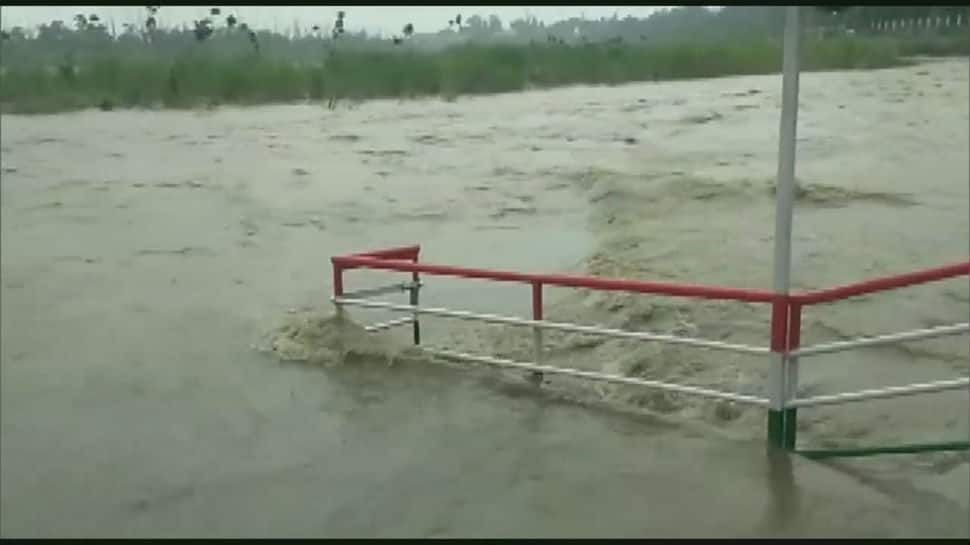 River Ganga reached precariously close to the danger mark in Rishikesh on Wednesday after heavy rainfall in the region. The Met department has predicted heavy to very heavy rainfall in many parts of Uttarakhand, triggering fears that the water level in the river could rise even further.

The level of water in Ganga at Rishikesh reached 338.05 meters after heavy showers in the wee hours of Wednesday morning. Local authorities have urged people to exercise maximum precaution in and around the riverbanks. The danger mark for the water level in the river here is approximately 340 meters which could well be breached as the day progresses.

The IMD, a day earlier, had issued an alert of heavy to very heavy rainfall for all districts of Uttarakhand, including Dehradun. While it has been raining incessantly in the state over the past few days, the intervening night between Tuesday and Wednesday saw an increase in intensity. There is also a danger of cloudburst in certain parts of the state causing flooding and landslides, especially in the mountainous regions. Tourists going to hill stations in the state are also being advised to take every precaution possible to ensure their safety.

Uttarakhand has had to bear the brunt of Monsoon fury over the past several years. While the floods in 2013 was the worst and caused massive destruction, subsequent years too have seen monsoon rains playing havoc in many parts.

Where did Moon come from? ISRO's intriguing tweet ahead of Chandrayaan 2 launch