According to the latest data with the CPCB, most of the Ganga River water in the Uttar Pradesh-West Bengal stretch is unfit for drinking and bathing. 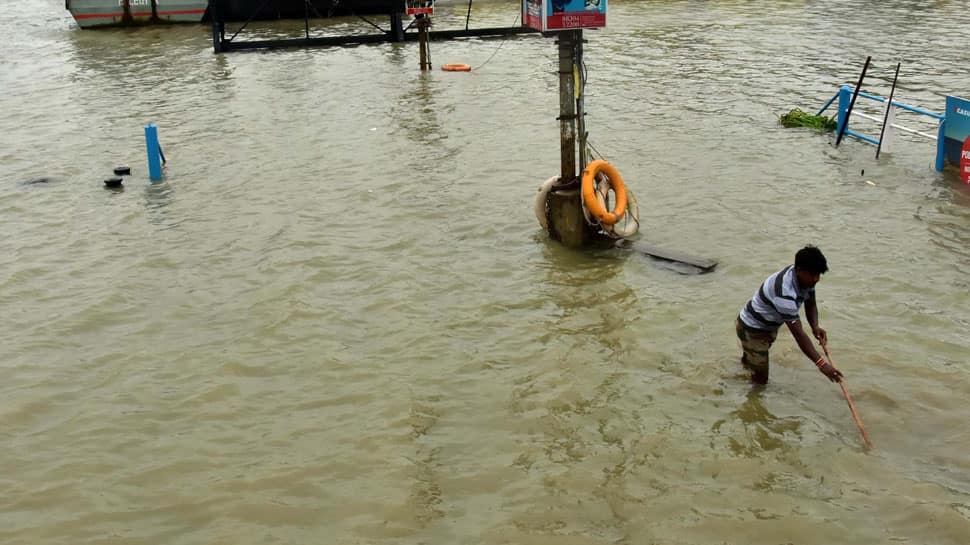 New Delhi: The Ganga River water is absolutely unfit for "direct drinking" and only seven spots from where it passes can be consumed after disinfection, the Central Pollution Control Board (CPCB) has said. According to the latest data with the CPCB, most of the Ganga River water in the Uttar Pradesh-West Bengal stretch is unfit for drinking and bathing.

A map released by the Central Pollution Control Board (CPCB) shows a high level of coliform bacteria in the river. Out of 86 live monitoring stations installed in as many locations, only seven areas have been found to be fit for drinking after the disinfection process while 78 have been found unfit.

The data has been collected by live monitoring stations in the Ganga basin across the country to check the quality of the river water. In the country where scores of people flock to take a dip in the Ganga, which is considered as the lifeline of India, the CPCB says the river water is so polluted that it is unfit for bathing, let alone drinking. Only 18 spots have been found to be fit for bathing while 62 areas from where it flows have been found unfit.

Some stretches in Uttarakhand and two spots in West Bengal are marked in green indicating water can be consumed after disinfection while the rest of the river water is unfit for drinking or bathing the whole way till it drains into the Bay of Bengal. The 78 monitoring stations where the river water was found unfit for drinking and bathing include Gomati river in Bhusaula-Bihar, Kanpur, Gola Ghat in Varanasi, Dalmau in Raebareli, Sangam in Allahabad, Ghazipur, Buxar, Patna, Bhagalpur, Howrah-Shivpur in West Bengal and others.

The six spots which were found fit for consumption under class A- fit for drinking after disinfection- are Bhagirathi at Gangotri, Rudraprayag, Devprayag, Raiwala- Uttarakhand, Rishikesh, Bijnor and Diamond Harbour in West Bengal. The areas found fit for bathing under class B in river Ganga include - Bhagirathi at Gangotri, Rudraprayag, Devprayag, Raiwala- Uttarakhand, Gharmukhteshwar, Rishikesh, Bijnor, Aligarh and others, including four spots in West Bengal.

Despite several plans in place to clean the river and directions of the National Green Tribunal to tackle river pollution, it seems to be a far fetched reality. The ministry of environment, which is also involved with the cleaning of the river along with the ministry of water resources, said industrial pollution has been checked as industrial units are now not discharging in the river.

"Namami Gange is a very ambitious programme initiated by the Ministry of Water Resources and is implementing it. Let us take Ganga for example, two types of elements are there- industrial waste and sewage waste. River pollution is due to 30 percent industrial waste and rest of it is sewage. On the banks of River Ganga, there are over 1100 industrial units which discharge their waste into the river. Today, not a single industry is discharging black waste in the river. That is the level to which we have brought it," Union Environment Secretary C K Mishra said.

Mishra also said that the situation was not a "happy" one but efforts were on. "Sewage is a big issue.Work is going on an it will take a little while and at least every day we monitor the water quality. I am sure nobody is happy with the situation and no one should be happy about the current state of affairs, but efforts are on," he said when asked about river cleaning.

However, environmental activist and lawyer Vikrant Tongad, who also filed an RTI regarding the condition of the river, said though government's efforts were appreciable, it was not enough to tackle the situation. "Efforts can be lauded but certain other measures including public participation and managing agricultural waste generated after using pesticides are also required. The government had planned to clean the river by 2020 but it cannot be achieved till 2025," he said.

The CPCB map 'Sustainability of River Ganga Water' uses the criteria of dissolved oxygen (more than 6 mg/litre), biochemical oxygen demand (less than 2 mg/litre), total coliform levels (5000 per 100 ml) and pH (range between 6.5 and 8.5) to assess the health of the river. Most of the polluted and unfit Ganga water has been found with high faecal coliform bacteria at 50,000 and above levels.

Defence canteens to sell vehicles only up to Rs 12 lakh with 2,500 CC engine capacity