The petitioner has sought the court's direction to the investigating agency to probe, seize all video and CCTV recording of cameras surrounding Gargi campus arrest all accused person. 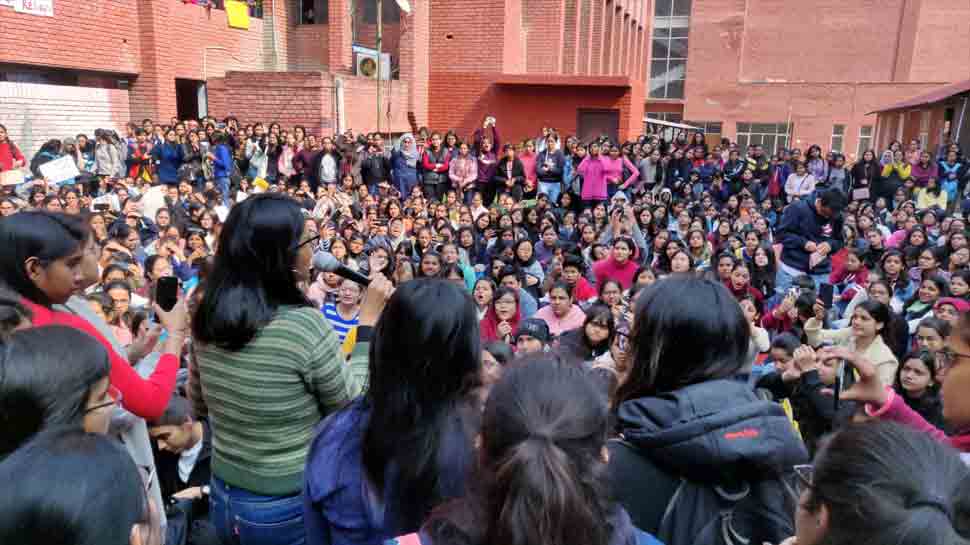 Advocate Sharma had filed the petition before the apex court but a bench headed by Chief Justice SA Bobde and comprising Justices BR Gavai and Surya Kant declined to hear it and asked him to move the Delhi High Court. The Supreme Court had observed that the Delhi High Court could pass order similar in the nature to the Telangana High Court, where the court directed to preserve the electronic evidence in the police encounter case.

Sharma, in his plea, sought the court's direction to the investigating agency to probe, seize all video and CCTV recording of cameras surrounding Gargi campus (inside and outside), arrest all accused person, including the political leaders behinds this planned criminal conspiracy, and file their report before the court for further action and prosecution under relevant sections of the Indian Penal Code to provide complete justice to the girl students who are victim of such heinous crime.

He had contended that he apprehended the electronic evidence connected with the matter might be destroyed or tampered with.

On February 13, the Delhi Police arrested two more persons in Gargi molestation case. One arrested accused (22) is preparing for competitive examinations and the other (19) works as a tele-caller in a company. A day before, on February 12, the police had arrested 10 people in connection with the case. All of them, in 18-25 age group, are students. The police have formed 11 teams to work on the case. These teams are looking at the technological details and visiting various areas to identify the suspects.

Many Gargi College students alleged that they were manhandled, molested and sexually assaulted on February 6.