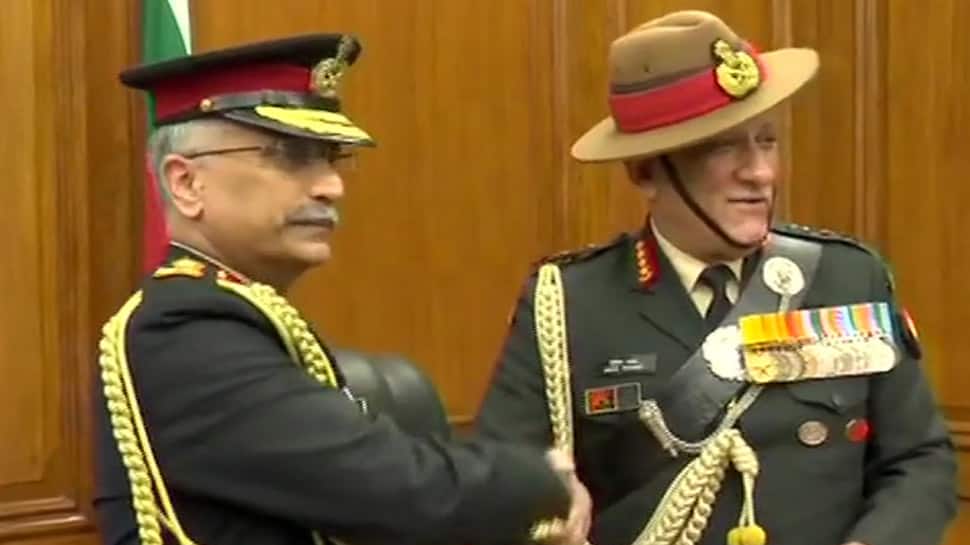 General Manoj Mukund Naravane took charge as the 28th Chief of Indian Army on Tuesday (December 31). General Naravane, who was the Vice Chief of Army Staff, succeeded General Bipin Rawat whose three-year term as Army chief ended on Tuesday. It is to be noted that General Rawat was appointed as India's first Chief of Defence Staff on Monday (December 30).

With General Naravane's taking over as the Chief of Army Staff, all the three services Chiefs including Air Force Chief RKS Bhadauria, Navy Chief Admiral Karambir Singh are now from the 56th course of the National Defence Academy.

In his 37 years of service with Indian Army, General Naravane served in several command and staff appointments in peace, field and highly active counter-insurgency environments in Jammu and Kashmir and the Northeast.

General Naravane was commissioned into the 7th Battalion, The Sikh Light Infantry Regiment in June 1980. He has a huge experience of serving the Indian Army in the most challenging areas. In a distinguished military career spanning almost four decades, he has the distinction of tenating key appointments in active Counter Insurgency environments, both in the North East and in Jammu and Kashmir and was a part of the Indian Peace Keeping Force in Sri Lanka during Operation PAWAN. He had also served as a Defence Attache at the Indian Embassy in Myanmar for three years.

Traffic restrictions in Delhi, Mumbai, Bengaluru and other cities on New Year's Eve