Angela Merkel arrived in New Delhi on Thursday to participate in the fifth India-Germany Inter-Governmental Consultations (IGC). She was received by Minister of State in the Prime Minister's Office Jitendra Singh at the Indira Gandhi International Airport in the national capital. 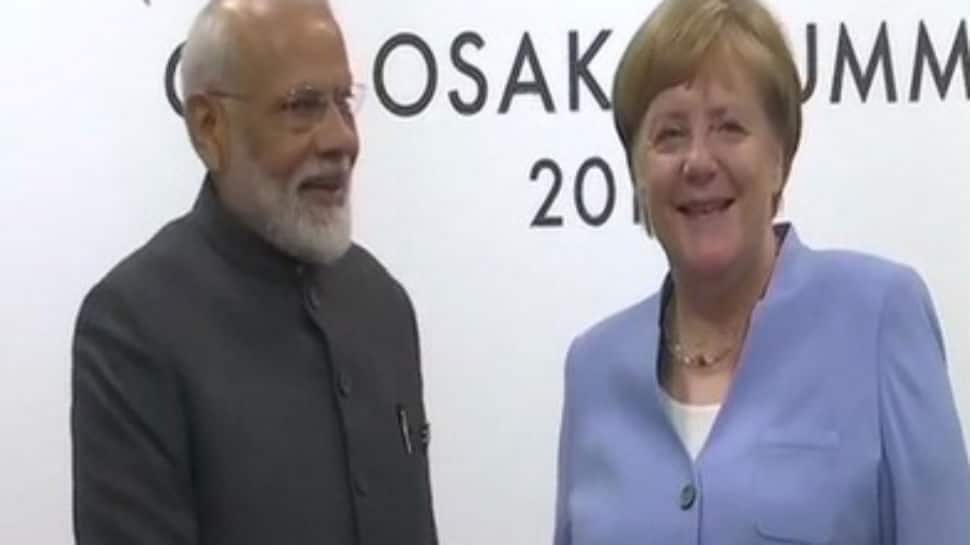 New Delhi: German Chancellor Angela Merkel will on Friday hold talks with Prime Minister Narendra Modi on various bilateral issues and nearly 20 agreements are expected to be signed between the two countries.

Merkel arrived in New Delhi on Thursday to participate in the fifth India-Germany Inter-Governmental Consultations (IGC). She was received by Minister of State in the Prime Minister's Office Jitendra Singh at the Indira Gandhi International Airport in the national capital.

"Enriching the strategic texture of our relationship. German Chancellor Angela Merkel arrived in Delhi beginning her State visit to India during which she, along with PM @narendramodi will co-chair the 5th - IGC. This would be the 5th meeting between the leaders within a year," Ministry of External Affairs (MEA) spokesperson Raveesh Kumar tweeted.

On Friday, Merkel will be accorded a ceremonial welcome at the Rashtrapati Bhavan. She will lay a wreath at Rajghat.

At the IGC, India and Germany will discuss ways to deepen cooperation in traditional sectors such as transport, skill development, and energy, and explore possibilities for cooperation in newer areas like green urban mobility and Artificial Intelligence (AI).

During their meeting, Modi and Merkel will exchange views on regional and global matters of mutual interest. Both leaders will have a separate engagement with CEOs and business leaders of both countries, the MEA had said in a statement.

The German Chancellor is also expected to meet President Ram Nath Kovind during the visit. She will also visit Gandhi Smriti.

Merkel will interact with Indian Women leaders and address a business forum.

On Saturday, Merkel will pay a visit to Continental Automotive Components India Pvt Ltd facility in IMT Manesar in Gurgaon. She will visit a metro station in Dwarka area. India and Germany have established a strategic partnership that is characterised by a high degree of trust and mutual understanding. The two leaders have regularly interacted on the sidelines of multilateral meetings. Germany is a leading trade and investment partner.

In September, Merkel had met Modi on the sidelines of the 74th session of the United Nations General Assembly in New York. The two leaders held wide-ranging dialogues on several issues. In April 2018, Modi made a brief stopover in Berlin and met Merkel after his visit to Sweden and Britain.

On Sunday, Merkel had informed that the focus of her talks with Modi would be on economic and trade relations, climate protection, and sustainable development, amongst other areas.