German Chancellor Angela Merkel, who will be visiting India from October 31 to November 2, will not stand when the national anthems of both the countries will be played at the ceremonial reception at Rashtrapati Bhavan on Friday. 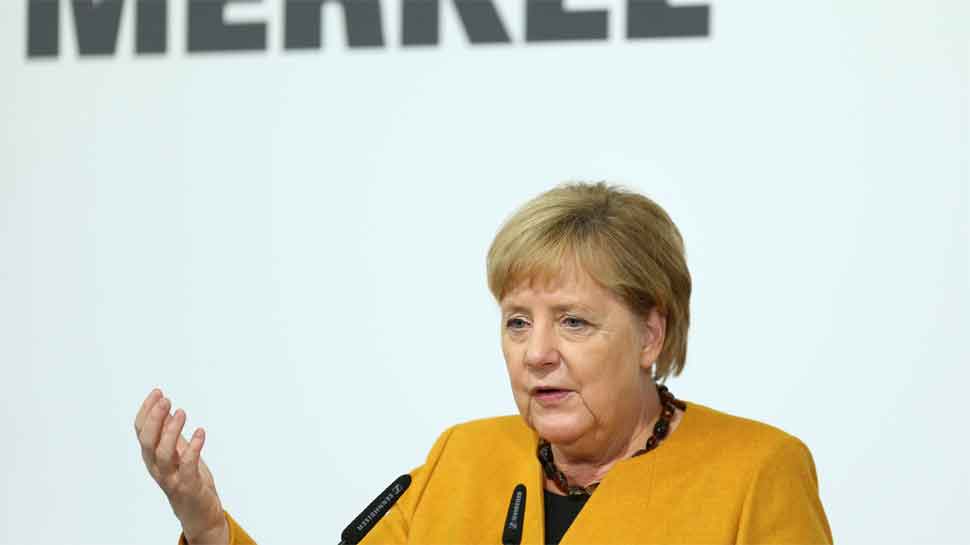 NEW DELHI: German Chancellor Angela Merkel, who will be visiting India from October 31 to November 2, will not stand when the national anthems of both the countries will be played at the ceremonial reception at Rashtrapati Bhavan on Friday.

According to a press release issued by the Ministry of External Affairs, certain provisions from the Order relating to the National Anthem of India will be invoked to allow German Chancellor Merkel to be seated while the national anthems of both countries were being played.

The provision will be invoked owing to Merkel's medical condition, wherein it appears that Merkel faces issues in standing without support. The MEA said that Chancellor Merkel's difficulties were known and lately, she had been seen seated at ceremonial events, both at home and abroad, which would have normally required her to stand.

The exemption as per the Order is being invoked based on a request from the German side to accommodate Chancellor's wish to be accorded the ceremonial welcome, the MEA press release said. It further requested the media "to show sensitivity and understanding on this aspect" during its coverage of the ceremonial function.

German Chancellor Angela Merkel will be in India to participate in the fifth Biennial Indo-German Integovnmental consultations (IGC). She has suffered several bouts of shaking while standing at public events. While the reason for her condition has not been made official yet, she and Danish Prime Minister Mette Frederiksen had remained seated during the playing of both countries’ national anthems at a reception outside the chancellery in Berlin in July, a day after she had suffered her third bout of shaking.

Ahead of Chancellor Merkel's visit to India, she lauded the country and called it "the largest democracy in the world" and her country would want to "work in the economics field" with New Delhi, especially relating to "issues of smart cities, renewable energy and new forms of mobility".

She said, "We will talk about how we can work towards climate protection and sustainable development in our relationship" and discuss "foreign and security policy issues--that means that our discussion will cover a large spectrum". Merkel added that she is "especially impressed by the developmental dynamics of India" and it is important that "we, as Germans, the largest trade partner of India in the EU, work further for the strengthening of our relationship and learn from India..that would be a good win-win situation for both countries.