The police personnel were chasing four protesters in the lane when the top cop was recorded warning a few locals around him with controversial communal statements. 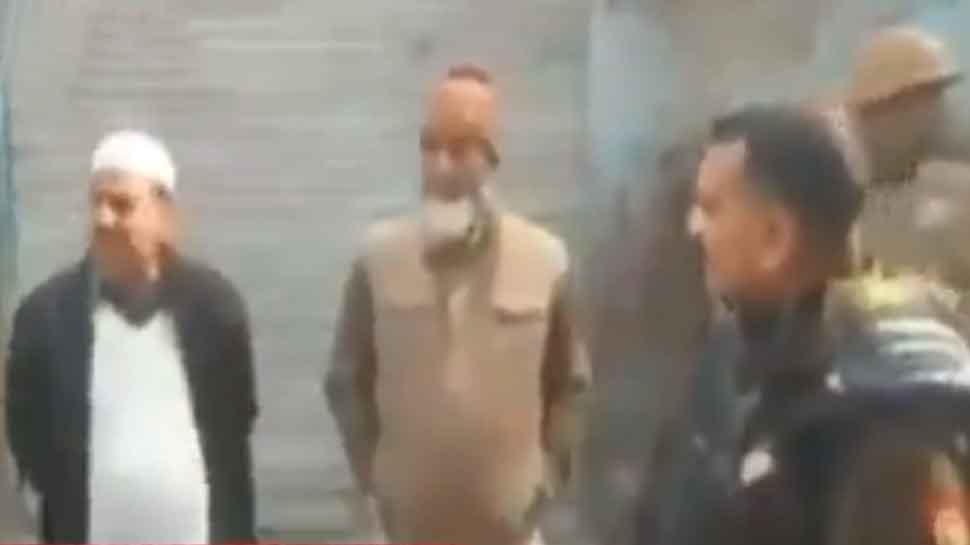 New Delhi: A senior police officer in Uttar Pradesh's Meerut district has been filmed making a communal remark, asking residents of a Muslim-dominated locality to 'Go to Pakistan' during protest against the Citizenship Amendment Act on December 20.

The incident reportedly took place when police personnel were dealing with violent protests that broke out after Friday prayers against the new Citizenship Act.

In a video that has been shared on the Internet, SP city Akhilesh Singh can be heard shouting at the protesters, "Where will you go? I will sort out this lane. The ones tying black and yellow bands, tell them to go to Pakistan. You eat here but sing praises of another place… This lane is now familiar to me. And once I remember, I can even reach your grandmother."

Singh is further heard warning the locals that if anything happens there, they would be paying a price for it. "Every man from each house will be arrested," the official can be heard saying in the video.

To all these remarks, the two men standing there respond with "you are right" and an affirmative nod.

The police personnel were chasing four protesters in the lane when the top cop was recorded warning a few locals around him with controversial communal statements.

Meanwhile, Meerut Police claimed they faced extreme stone-throwing and violence from protestors last Friday. "Protesters were pelting stones on police officers and were raising pro-Pakistan slogans. The slogans were raised after they saw us. Papers carrying objectionable content in support of PFI were distributed in Meerut. But our officers showed restraint and did not misbehave with everyone. We did not misbehave with elders who were present there. Those who are running the video now are trying to vitiate the atmosphere."

Reacting to the incident, Congress general secretary Priyanka Gandhi Vadra accused the BJP of making the 'institution communal'. "The Constitution of India does not allow the use of this language with any citizen, and when you are an officer in important position, then the responsibility increases," she said in the tweet.