Google Doodle celebrates 133rd birthday of Muthulakshmi Reddi, a woman of many firsts

Reddi was the first female student admitted to prestigious Indian institutions. She is also the first woman to work as a surgeon in a government hospital, and the first female legislator in the history of British India. 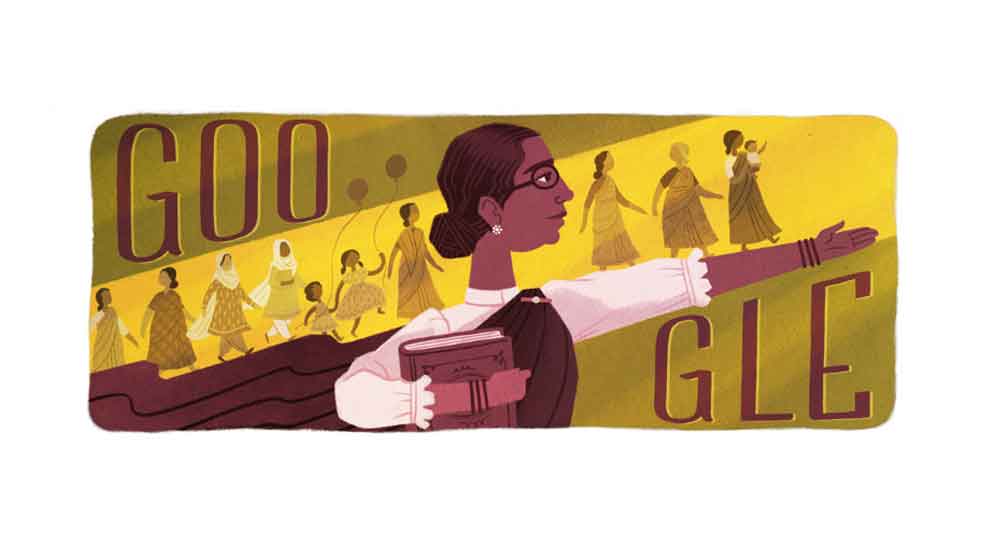 Google celebrated the birthday of Muthulakshmi Reddi – a woman with many firsts to her name, who broke the barriers of gender discrimination in multiple areas – with a Doodle on Tuesday, July 30. Reddi left her indelible prints in the fields of medicine, education, law and social reforms.

“Today’s Doodle, illustrated by Bangalore-based guest artist Archana Sreenivasan, celebrates the Indian educator, lawmaker, surgeon, and reformer Muthulakshmi Reddi. Constantly breaking down barriers throughout her life, Reddi was a trailblazer who devoted herself to public health and the battle against gender inequality, transforming the lives of countless people—especially young girls,” said Google in a statement.

Born on July 30, 1883, in Tamil Nadu, Reddi became the first female student admitted to prestigious Indian institutions. She is also the first woman to work as a surgeon in a government hospital, and the first female legislator in the history of British India.

“As a young girl, Reddi resisted her parents’ plan for an early arranged marriage, convincing them she deserved an education. After passing her exams, she attended Maharaja College, formerly an all-boys school. Despite threats of students pulling out from the school, she won a scholarship, graduated with honors, and went on to be the first female student at Madras Medical College,” said Google.

Reddi later gave up her medical practice to join the Madras Legislative Council, where she worked to raise the legal age of marriage and combatted exploitation of girls.

In 1914, she married a doctor named Sundara Reddi on the understanding that he treat her as an equal. Working for the upliftment of women and battling gender inequality, she supported Gandhi’s efforts for Indian independence.

After losing her sister to cancer, Reddi launched the Adayar Cancer Institute in 1954. One of the most respected oncology centers in the world, it treats some 80,000 patients each year. In recognition of her service to her country, in 1956, Reddi was awarded the Padma Bhushan by the Government of India.

In a question and answer session with Bangalore-based artist Archana Sreenivasan, who created the Doodle on Muthulakshmi Reddi, she says, “I was excited to have the opportunity to create a Google Doodle! When I got the brief for Dr. Muthulakshmi, and read the long list of her accomplishments, I was keen to learn more about her.”

“The main inspiration for this Doodle was Dr. Muthulakshmi herself. I tried to let a sense of her energy, determination, and clarity shape this Doodle,” she added.