Government curtails tenures of Rakesh Asthana, 3 other officers in CBI with immediate effect

The tenure of Central Bureau of Investigation's (CBI) Special Director Rakesh Asthana, who was sent on forced leave by the government, has been curtailed with immediate effect, news agency PTI reported quoting an official order issued on Thursday.

The tenures of three more officers -- Joint Director Arun Kumar Sharma, Deputy Inspector General Manish Kumar Sinha and Superintendent of Police Jayant J Naiknavare -- have also been curtailed, it said. The tenure has been curtailed by the Appointments Committee of the Cabinet.

The development comes days after Alok Verma was shunted out of the post of CBI director and appointed Director General of Fire Services, Civil Defence and Home Guards. 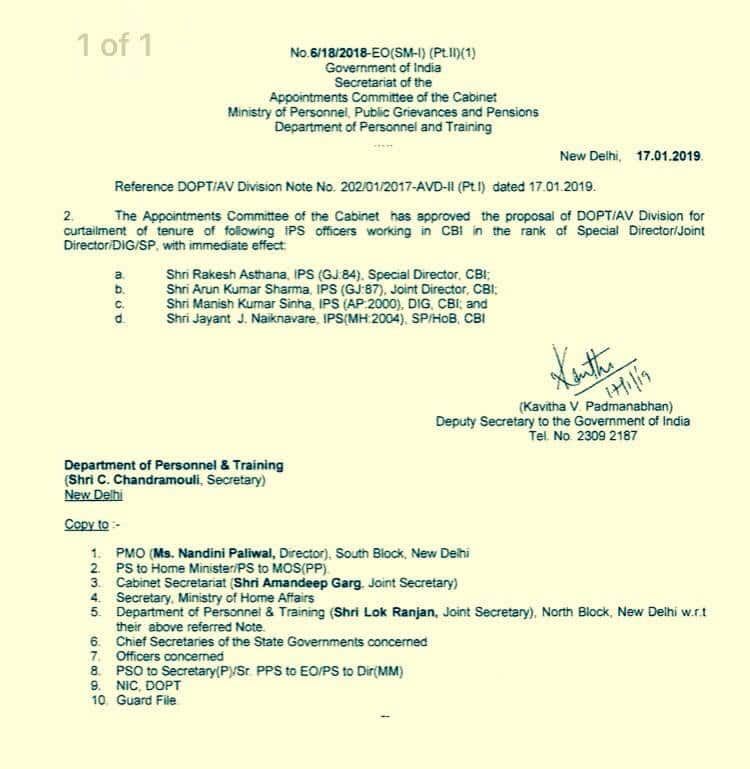 Verma had refused to take up the new post, saying he had already superannuated from the police service.

Asthana had on Wednesday moved an application in the Delhi High Court, seeking some corrections in the recent judgement pertaining him.

The Delhi High Court last week had dismissed a plea filed by Asthana, seeking quashing of an FIR against him in a bribery case. The single judge bench of the High Court had refused to grant interim protection to Asthana but Justice Najmi Waziri asked the CBI to maintain the status quo for two weeks.

Asthana, the number two in the CBI, had sought liberty to appeal against the High Court judgement before the Supreme Court, which was granted. The High Court directed the CBI to conclude investigation against Asthana within 10 weeks. The court also turned down a plea by Deputy SP Devender Kumar seeking quashing of FIR filed against them.