Government has nothing to do with PMC bank scam, RBI will take action: FM Nirmala Sitharaman

The FM, however, assured that the Reserve Bank of India will take appropriate action against those found guilty in the PMC bank scam. 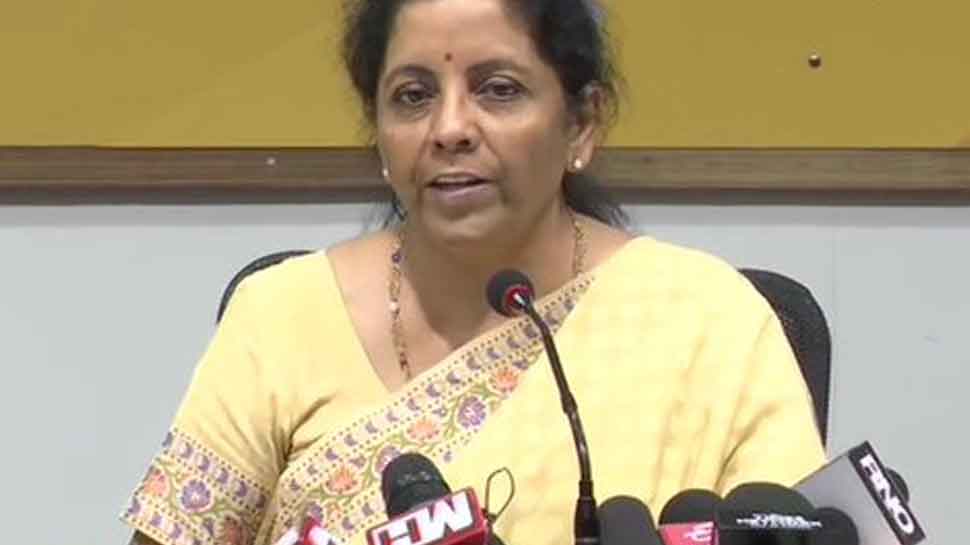 MUMBAI: Union Finance Minister Nirmala Sitharaman on Thursday said that the government has nothing to do whatsoever with the multi-crore Punjab and Maharashtra Cooperative (PMC) Bank scam in which thousands of depositors have been duped of their money by its promoters.

The FM, however, assured that the Reserve Bank of India (RBI) will take appropriate action against those found guilty in the PMC bank scam.

FM Sitharaman said this after meeting the depositors of Punjab and Maharashtra Cooperative (PMC) Bank, who staged a massive protest outside the BJP office in Mumbai.

While addressing the media after the meeting, Sitharaman stated that the government has set up a group to prevent such incidents.

On Wednesday, hundreds of depositors of the PMC Bank staged a protest outside the Esplanade magistrate's court, demanding stringent action against the culprits as the police custody of three accused in Rs 4,355 crore scam at the bank was extended till October 14.

The court granted the request of the Mumbai Police's Economic Offences Wing (EOW) for further remand.

Housing Development Infrastructure Ltd (HDIL) chairman and managing director Rakesh Wadhawan, his son Sarang and former bank chairman Waryam Singh have been booked by the EOW in connection with the scam for allegedly causing losses to the tune of Rs 4,355.43 crore to the bank.

Besides the trio, the EOW has also arrested Joy Thomas, former managing director of the bank, whose police custody is set to expire on October 17.

The EOW had earlier told the court that bank officials replaced 44 loan accounts of HDIL with 21,049 fictitious loan accounts, to camouflage huge loan defaults by the real estate group which landed the bank in the current crisis.