“The resolve of Reform, Welfare and Justice for All has been the driving force for the government”. 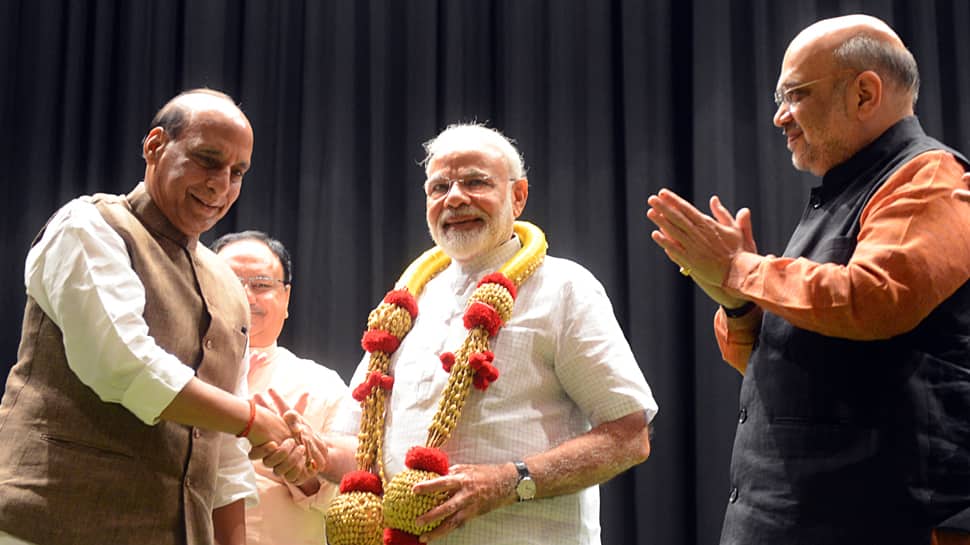 Prime Minister Narendra Modi-led NDA government at the Centre on Monday asserted that it “has hit the ground running” in the first 50 days of second term in office. Presenting a report card of the government before mediapersons, Union minister Prakash Javadekar said that the government had strived to fulfil the goal of ‘Sabka Saath, Sabka Vikas, Sabka Vishwas’.

Javadekar said that “the resolve of Reform, Welfare and Justice for All has been the driving force for the government”.

The minister further said that the BJP-led NDA government had taken various steps to boost investment in the country, adding that India was striving to become a $5 trillion economy. "In the next five years, Rs 100 lakh crore will be invested towards development of infrastructure," said Javadekar.

"Making India a 5 trillion dollar economy is no more just a dream but a roadmap towards achieving it has been laid down in these 50 days," the minister added.

One of the key highlights of the first 50 days of the Modi government’s second term has been the allocation of Rs 70,000 crore for recapitalisation of Public Sector Banks.

According to the minister, non-functional financial upgradation has been provided to Central Armed Police Forces (CAPF) officers.

The government also used the opportunity to highlight the success of steps taken in reducing the impact of separatists in Jammu and Kashmir, thereby ensuring peace in the Valley.

With regard to foreign policy, Javadekar said that the country had emerged as "a global leader" through BIMSTEC and G-20 summits. Prime Minister Narendra Modi's visit to the Maldives and Sri Lanka has also been highlighted by the government as major steps showing the government's commitment to ensure peaceful and cordial relations with neighbouring countries.

Other key achievements of the first 50 days of Modi 2.0 include action against corruption in bureaucracy, action against economic offenders, amendments to POCSO Act, reform in medical education, among others.

All you need to know about 13 payloads of Chandrayaan 2