Govinda fractures both hands during Dahi Handi festivities in Gujarat

An untoward incident soured the festival of Janmashtami for a 32-year-old govinda, when he slipped during the Dahi Handi revelry on Monday in Gujarat's Surat and fractured both his hands.

Surat: An untoward incident soured the festival of Janmashtami for a 32-year-old govinda, when he slipped during the Dahi Handi revelry on Monday in Gujarat's Surat and fractured both his hands.

Govinda Piyush Patel was participating in the pyramid formation for Dahi Hand competition in Surat's Prannath Society on Ved Road when his leg slipped, causing severe injuries to his hands and head.

Patel was rushed to a hospital after the incident and the X-ray of his hands showed the extent of damage and he has been put in a plaster cast. 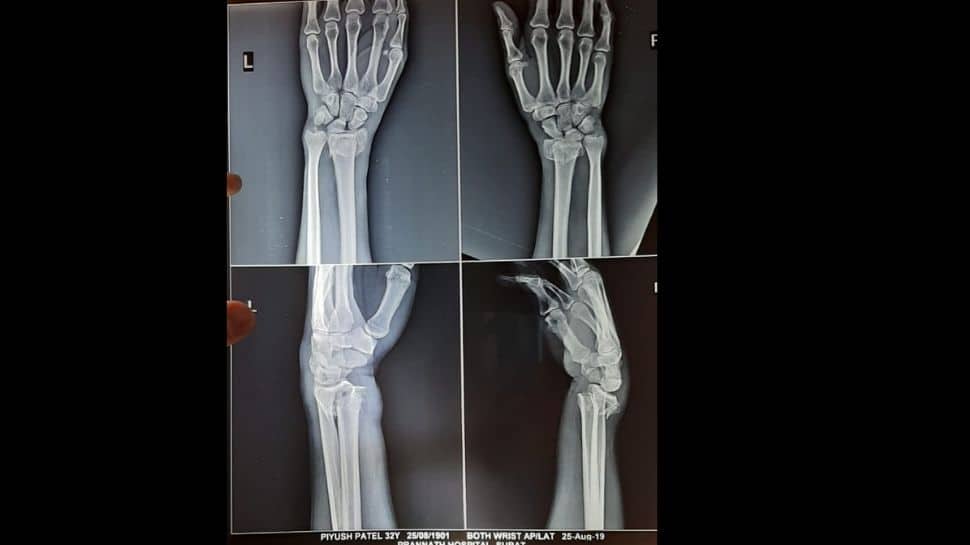 Every year, hundreds of people get injured during Janmashtami celebrations owing to large height of pyramids and negligible safety measures., with most of the injuries usually being reported from Mumbai.

In wee hours of Friday morning, at least five persons died and 27 others were injured in a stampede during Janmashtami celebrations at Baba Loknath Temple in Kachua village in West Bengal's North 24 Parganas district.

In 2018, as many as 153 people were injured and one person died in Dahi Handi celebrations in Mumbai.

To ensure the safety of the participants, the Bombay High Court has fixed the height of human pyramids to be not more than 20 feet.

This year, Janmashtami was celebrated across the country on Saturday, August 24, by Lord Krishna devotees all around the world. Lord Krishna is regarded to be the eighth incarnation of Lord Vishnu. It is an important festival particularly to the Vaishnavism tradition of Hinduism.