The Cabinet Committee on Security has approved the implementation of an umbrella scheme - Modernisation of Police Forces (MPF) - for 2017-18 to 2019-20. 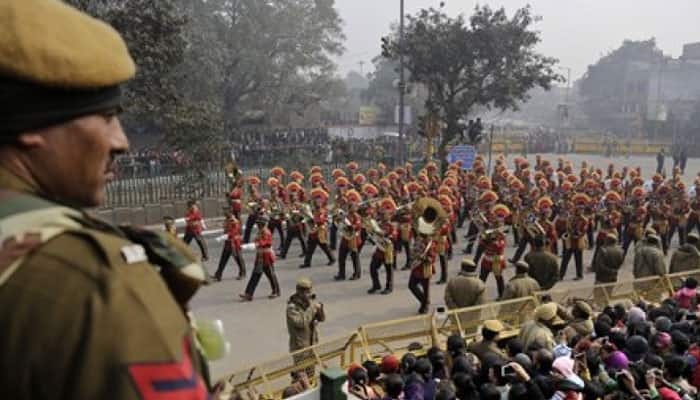 The key Cabinet Committee on Security (CCS), headed by Prime Minister Narendra Modi, gave its approval for implementation of the umbrella scheme - Modernisation of Police Forces (MPF) - for 2017-18 to 2019-20.

"This is the biggest ever internal security scheme in the country. The financial outlay for the scheme over the three years period is Rs 25,060 crore, out of which the central government share will be Rs 18,636 crore and the states' share will be Rs 6,424 crore," Singh said at a press conference here.

The home minister said that under the umbrella scheme, a central budget outlay of Rs 10,132 crore has been earmarked for internal security-related expenditure for Jammu and Kashmir, northeastern states and those affected by the left wing extremism (LWE).

A scheme for special central assistance (SCA) for 35 districts worst hit by LWE has been introduced with an outlay of Rs 3,000 crore to tackle the issue of underdevelopment.

An outlay of Rs 100 crore has been earmarked for police infrastructure upgradation, training institutes, investigation facilities, etc. In the northeastern states.

Singh said the implementation of the scheme would bolster the government's ability to address challenges faced in different theatres such as areas affected by LWE, Jammu and Kashmir and the Northeast effectively.

Besides, the scheme will help undertake development interventions which will catalyse in improving the quality of life in these areas and help combat these challenges effectively at the same time.

The new initiatives are being introduced to provide assistance to states for upgradation of police infrastructure, forensic science laboratories, institutions and the equipment available with them to plug critical gaps in the criminal justice system.

Police stations will be integrated to set up a national data base of crime and criminal records. It will be linked with other pillars of criminal justice system such as prisons, forensic science laboratories and prosecution offices.

The umbrella scheme also provides for setting up of a state-of-the-art forensic science laboratory in Amravati and upgradation of Sardar Patel Global Centre for Security, Counter Terrorism and Anti Insurgency in Jaipur and Gujarat Forensic Science University in Gandhinagar.

"It is expected that the umbrella scheme, 'modernisation of police forces', will go a long way to boost the capability and efficiency of central and state police forces by modernising them," Singh said.