In a major decision, the Union Cabinet on Wednesday decided to ban production, export, import and distribution of e-cigarettes. 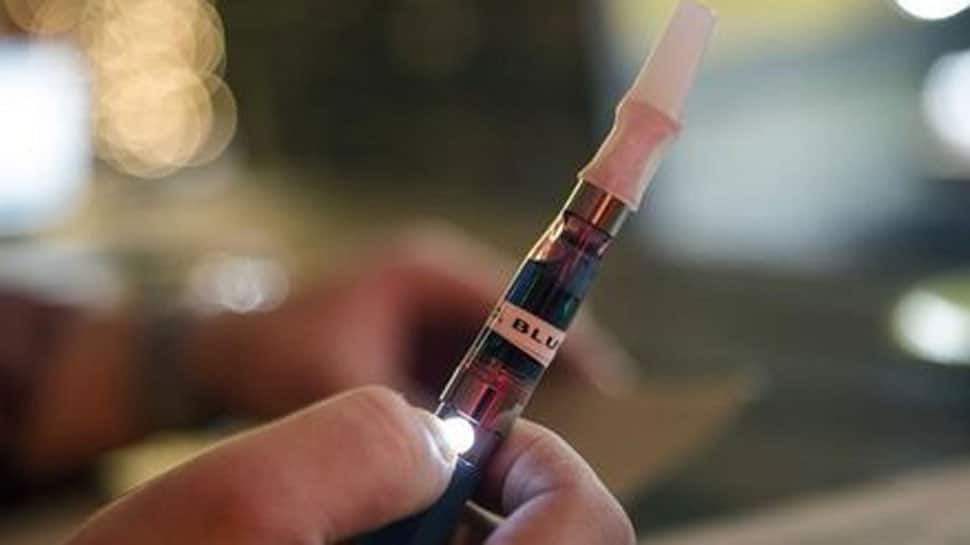 New Delhi: In a major decision, the Union Cabinet on Wednesday decided to ban the production, export, import and distribution of e-cigarettes.

Announcing the decision, Union Finance Minister Nirmala Sitharaman said, ''The Union Cabinet has given the approval to ban e-cigarettes. It means the production, manufacturing, import/export, transport, sale, distribution, storage and advertising related to e-cigarettes are banned.''

The announcement to ban production and import of electronic cigarettes is likely to shatter the expansion plans of companies such as Juul Labs and Philip Morris International.

The Finance Minister told a media briefing that an executive order will be passed to ban the products, which the government believes will advance tobacco control efforts in the country.

Sitharaman said e-cigarettes were becoming an increasing health risk as they were being used as a "style statement", and not as ''a tobacco cessation product.''

What is an e-cigarette, why is it harmful and why has it been banned. All you need to know

''Reports say that there are some who are probably getting into the habit of e-cigarettes as it seems cool. It is believed that there are more than 400 brands, none of which is manufactured yet in India. And they come in over 150 flavours,'' the FM said.

Speaking further on the issue, Preeti Sudan, Secretary Health and Family Welfare, said, ''The punishment proposed is imprisonment up to 1 year or a fine of up to Rs 1 lakh, or both for the first offence and imprisonment of 3 years or a fine up to Rs 5 lakhs or both, for subsequent offence. E-hookahs are also included.''

More than 900,000 people die each year in the country due to tobacco-related illnesses. But India has 106 million adult smokers, second only to China in the world, making it a lucrative market for firms such as Juul and Philip Morris.

The Health Ministry had proposed to ban the devices in the public interest, saying it was needed to ensure e-cigarettes don’t become an "epidemic" among children and young adults.

Among other key decisions, the Union Cabinet on Wednesday announced 78 days salary as a bonus for over 11 lakh railway employees.

The decision is likely to benefit nearly 11,52,000 employees of the Indian Railways.

''For 11 lakh railway employees, this government has consistently worked for last 6 years, being giving record bonus, equivalent to the wage of 78 days. This year also, 11,52,000 employees will get 78 days wage as bonus. This is the reward for productivity,'' the Information and Broadcasting Minister Prakash Javdekar said.

Javadekar made this announcement during a press briefing after a meeting of the Union Cabinet.

''The Narendra Modi-led NDA government is giving the bonus for 6th time in a row,'' the I&B Minister said, adding, ''It will lead to outgo of over Rs 2,000 crore.

Here are the key decisions taken by the Union Cabinet today:

-Railway employees to get 78 days' bonus.

-This will benefit over 11 lakh Railway employees.

-Violation of rules may attract a fine of up to Rs 1 lakh or 1 year in jail or both.

-Repeat offenders will have to pay a fine of Rs 5 lakh or three years in jail or both.

-The ban on e-cigarettes will be imposed through an executive order.