Kovind said that the invitation extended to ‘BIMSTEC’ countries for the swearing-in of Prime Minister Narendra Modi is reflective of the government's seriousness towards the "Neighborhood First” policy. 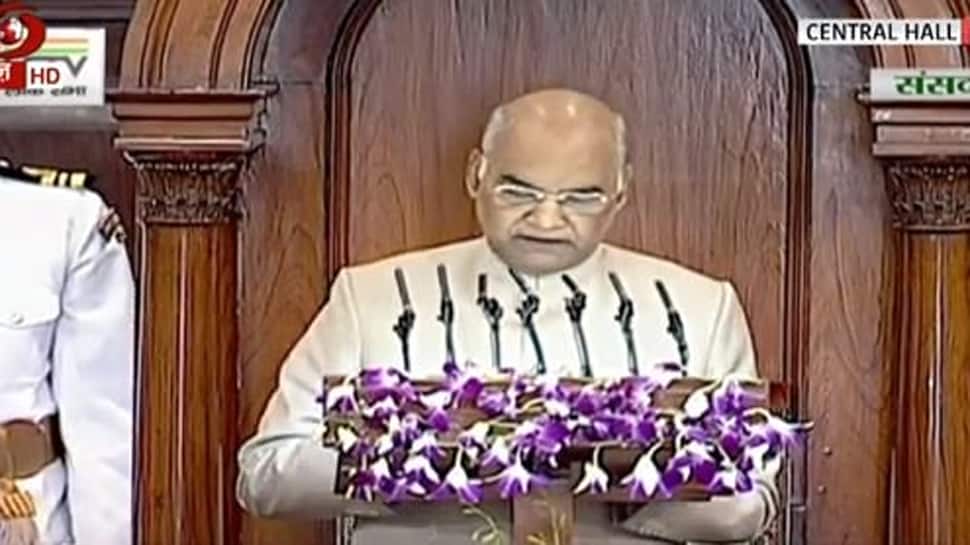 President Ram Nath Kovind on Thursday laid focus on the Narendra Modi government giving importance to our neighbouring nations for the upliftment of the region. He said that India will play a crucial role in the progress of the region and accordingly trade, connectivity and people-to-people contact are being encouraged.

"My Government’s "Neighborhood First” policy is an evidence of our approach of according priority to South Asia and countries in the adjoining region. India will play a crucial role in the progress of this region. Accordingly, trade, connectivity and people-to-people contact are being encouraged in this region," he said.

He added that the invitation extended to ‘BIMSTEC’ countries for the swearing-in of Prime Minister Narendra Modi is reflective of the government's seriousness towards the "Neighborhood First” policy. "The presence of Heads of States and Heads of Governments of ‘BIMSTEC’ countries, Kyrgyzstan – the current chair of‘Shanghai Cooperation Organisation’ and Mauritius during the swearing-in of the new Government is a reflection of this policy," he said.

He also said that the government is conscious of protecting the interests of Indians living and working abroad. "Today an Indian, if caught in any crisis abroad, is confident of receiving timely help and relief. Several services ranging from passports to visas have been made easy and accessible,' he said.