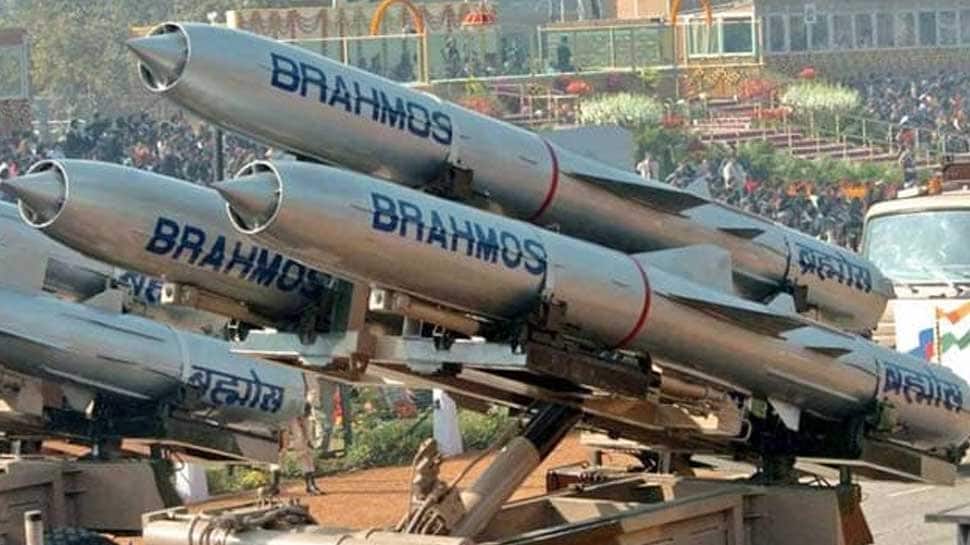 New Delhi: In his first Defence Acquisition Council (DAC) meeting, Defence Minister Rajnath Singh will decide on acquisition of weapon systems worth around Rs 12,000 crore including the procurement of two BrahMos supersonic cruise missile batteries for the Navy.

The meeting is scheduled to be held on Thursday in which the Defence Minister is also going to take a call on several acquisitions from both India and abroad.

"The two mobile missile coastal batteries have to be acquired for the Navy. The Navy would deploy the Rs 1400 crore BrahMos supersonic cruise missile batteries deployed on the Tatra trucks close to major cities from where it can destroy any incoming enemy warship in case it is posing any threat," government sources said.

The Navy wants to use the two BrahMos missile batteries to replace its existing systems which have become old and need replacement, they said.

In the DAC meeting, Singh is scheduled to take a call on the acquisition of 14 medium-lift choppers for the Indian Coast Guard which are likely to cost more than Rs 7,000 crore.

The meeting will also take a call on the deviations in the proposal for acquisition and manufacturing of AK-203 assault rifles between India and Russia.

The Defence Minister will also decide on the proposed procurement of two electronic warfare systems for deployment along the Pakistan and China borders.

Though the DAC is meeting for the first time since the new government was formed, the Narendra Modi administration has already spent around Rs 8500 crore for meeting the emergency requirement of the forces in its first 50 days.

Weapon systems such as the Spice 2000 stand off bombs and Spike anti-tank guided missiles from Israel, Strum Ataka air-launched ATGM and several other spare parts from Russia have been acquired under these powers by the Indian Air Force.

US attempts to get into the Kashmir space, says India did not inform it about scrapping Article 370