Jaitley's comments came a day after the Gandhi scion alleged that PM Modi`s interview was "staged". 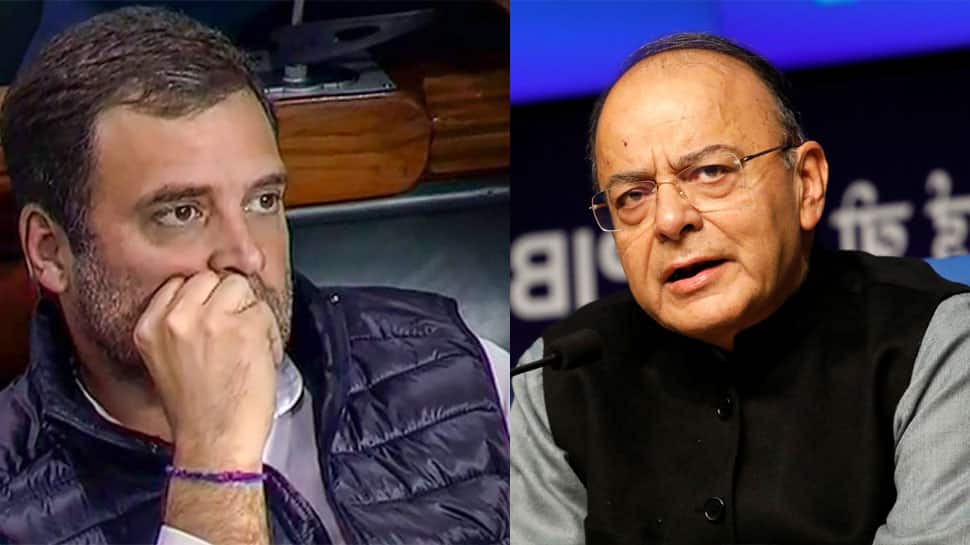 Calling him the "Grandson of Emergency dictator", Jaitley alleged that the Gandhi scion has started displaying his true "DNA". Jaitley was referring to the 21-month period from 1975 to 1977 when late PM Indira Gandhi, Rahul's grandmother, had declared a state of emergency across the country.

"The Grandson of the ‘Emergency dictator’ displays his real DNA – attacks and intimidates an independent Editor," tweeted the FM.

The Grandson of the ‘Emergency dictator’ displays his real DNA – attacks and intimidates an independent Editor.

He further added, "Why are the pseudo liberals silent? Waiting for the Editors guild’s response."

Why are the pseudo liberals silent? Waiting for the Editors guild’s response.

Jaitley's comments came a day after Rahul alleged PM Modi`s interview was "staged" and that it was conducted by a "pliable journalist".

The editor who interviewed PM Modi later tweeted: "Dear Mr Rahul Gandhi, cheap shot at your press conference to attack me. I was asking questions not answering. You want to attack Mr Modi, go ahead but downright absurd to ridicule me. Not expected of a president of the oldest political party in the country."

The Prime Minister on Tuesday had alleged that the Congress is trying to throw muck on him even though the party has nothing to prove him wrong. Those levelling allegations on him are actually weakening the Indian security forces, he added.