A group of retired bureaucrats, judges and officers from the armed forces said that Mehbooba Mufti and Farooq Abdullah are misusing their freedom of expression. 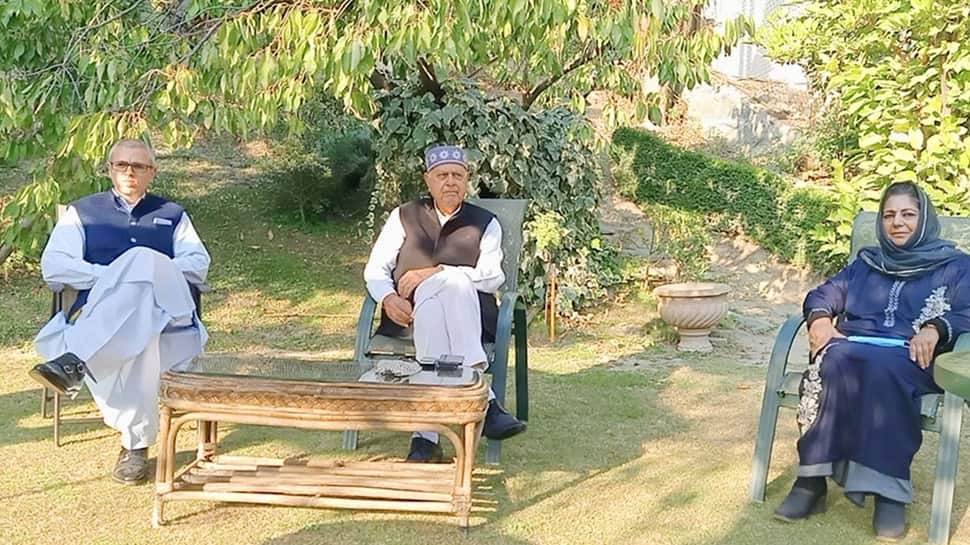 A group of retired bureaucrats, judges and officers from the armed forces hit out at former Jammu and Kashmir chief ministers Mehbooba Mufti and Farooq Abdullah on Thursday, alleging there are misusing their freedom of expression to "promote separatism". The group issued a statement, dubbing the recently formed People's Alliance for Gupkar Declaration (PAGD), a seven-party alliance in Jammu and Kashmir, the "Gupkar Gang".

"The Gupkar Gang is a blemished relic of Indian democracy. It is not surprising that political leaders from Pakistan have of late issued statements in its support. This shows them in their true unpatriotic colours. The people of India had seen through their narrow selfish goals. India has moved ahead, leaving them behind the times. The Gupkar Gang has found its place in the dustbin of history as the new India moves ahead," the statement said.

Slamming PDP supremo Mehbooba Mufti for her remark that she was not interested in hoisting the Tricolour till the constitutional changes enforced on August 5 last year are rolled back, the group said she has made herself liable to prosecution. "Mehbooba Mufti, the former chief minister of J&K, has crossed all the limits of nationalistic and legal propriety and made herself liable to prosecution by contemptuously declaring that she will not hoist national flag of India in Kashmir till the flag of Kashmir is hoisted. This is a direct insult to the honour and dignity of the national flag, which is the most sacred symbol of national sovereignty and integrity," the statement said.

The group also targeted National Conference leader Farooq Abdullah. "The head of the Gupkar Gang, Dr Farooq Abdullah, said that Article 370 will be restored with help of China. When faced with a prosecution facing 'sedition' charge, in his customary flip-flop political flirting, he staged a somersault to wriggle out of an indefensible position by saying that his words and gestures did not amount to being antinational," it said.

Criticising both leaders, the group alleged that they are promoting separatism. "Our group is disturbed at the manner in which certain vested interests have been continuously trying to misuse the freedom of expression, talk ill about our country and its Constitution, and try to promote separatism. And while doing this, they speak the language of the countries that are hostile to India and do not hesitate to seek cooperation from them," the statement further said.

It has listed the names of around 250 distinguished people, including retired civil servants, officers from all three armed forces and judges, besides others. "Through her provocative utterances, she has further incited the people of Kashmir to cause disaffection leading to disturbance of public order," the statement added.