As per GSI study, it has estimated a probable category resource of 52,806.25 tonnes of ore with 3.03 grams per tonne gold (average grade) for a strike length of 170m in Sonbhadra district of Uttar Pradesh. 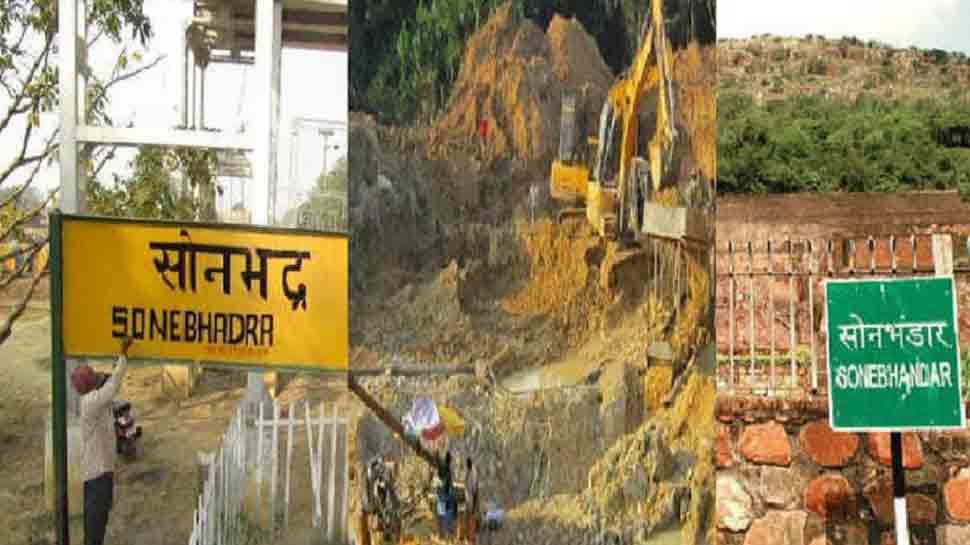 Sonbhadra: Denying all the claims of 3,350-tonne gold deposits found in Uttar Pradesh's Sonbhadra, the Geological Survey of India (GSI) on Saturday said in a statement that there has been no such discovery of gold deposits found in the area and GSI does not support any such speculations regarding the deposit.

The GSI statement rejected the claims saying, ''It is to inform the media that Geological Survey of India, Northern Region has carried out several explorations works for gold. However, the results were not encouraging to come-up with major resources for gold in Sonbhadra district, UP. '' 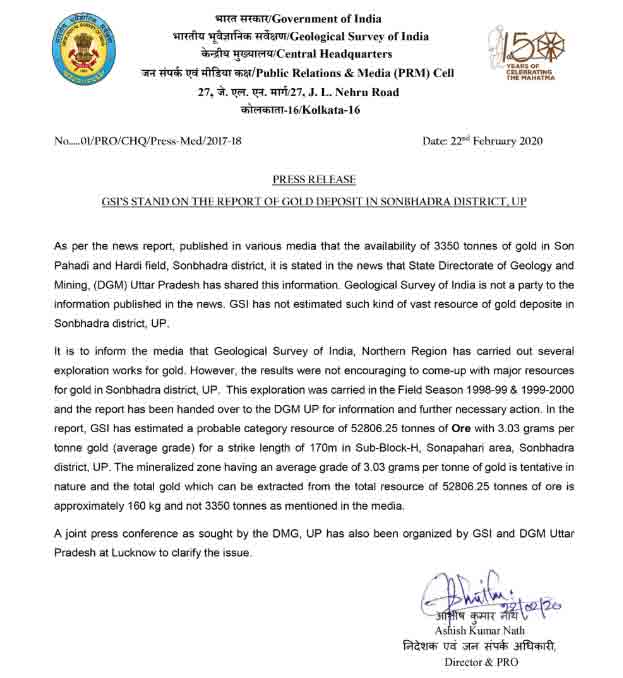 GSI further informed that the exploration was carried in the field season 1998-99 and 1999-2000 and the report has now been handed over to the DGM UP for information and further necessary action in the matter.

As per GSI study,the probable conservative figure of gold which can be unearthed is estimated to be around 160 kgs and not 3350 tonnes as mentioned in media reports.

GSI also informed that a joint press conference was organised as sought by the DMG, UP by GSI and DGM Uttar Pradesh in Lucknow to clarify the issue.

Sonbhadra district mining officer K K Rai had said on Friday (February 21, 2020) that the gold deposits were found in Son Pahadi and Hardi areas of the district. Rai said that the state’s mining department has formed a seven-member team that visited Sonbhadra on Thursday and the team will map the goldmine area and will conduct geo-tagging.

As per earlier reports, officials were also exploring the possibility of rare minerals like uranium in the Sonbhadra area. Bundelkhand and Vindhyan districts of UP are rich in minerals like gold, diamond, platinum, limestone, granite, phosphate, quartz, and China clay. India mines between 2 to 3 tonnes of gold annually, relying on expensive imports to fulfil nearly all of its demand, which averaged 843 tonnes per year over the past 10 years.