Kapil Sibal and Abhishek Manu Singhvi are likely to argue for their party in the top court. 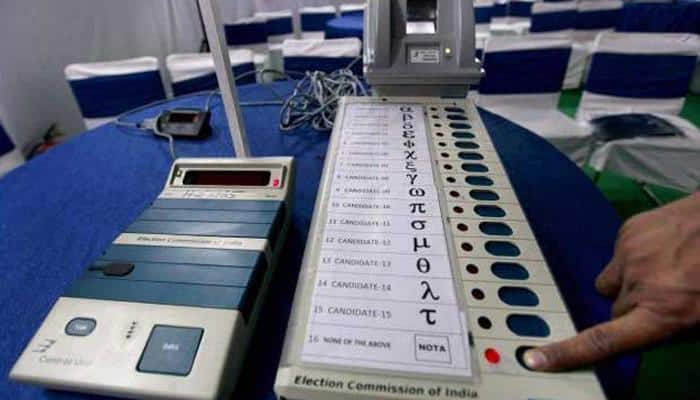 The Gujarat unit of the Congress party has moved the Supreme Court over its allegation of rigging of EVMs and VVPATs. The top court is slated to take up the matter for hearing later on Friday.

Veteran Congress leaders and senior lawyers Kapil Sibal and Abhishek Manu Singhvi are likely to argue for their party in the top court.

Gujarat Pradesh Congress Committee has filed a petition with the Supreme Court, seeking direction to the Election Commission to count and cross-verify at least 25% of the VVPAT paper trail votes with the EVM votes on counting day. pic.twitter.com/fmVCDF6jbe

The Gujarat unit of the Congress party had raised concerns over allegations of EVM tampering but the Election Commission had rejected the charges.

Modhvadia had said they detected EVMs at three polling booths at Memanwada are connected to external devices through Bluetooth. "When the bluetooth of a mobile phone is turned on, a device named 'ECO 105' is shown as available. This clearly means that the Electronic Voting Machines (EVMs) can be tampered with using the device via bluetooth," he alleged.

"The chips fitted in the EVMs appear to be programmable using bluetooth, and this raises the possibility of tampering. The voting system should be immune to such connectivity to external devices," he said.

The ruling BJP, however, had maintained that the allegations by Congress showed they were in "search for an excuse" as it knew that it would bite dust in the election.

"Members of the Congress are saying there is a defect in the EVMs. The EC would respond to it. But we can say that the Congress is searching for an excuse even before the results are out, as it stares at a loss in the elections. They are trying to hide behind the EVMs," BJP spokesperson Sambit Patra had said.

Cracker ban to continue in Punjab and Haryana during Christmas, New Year