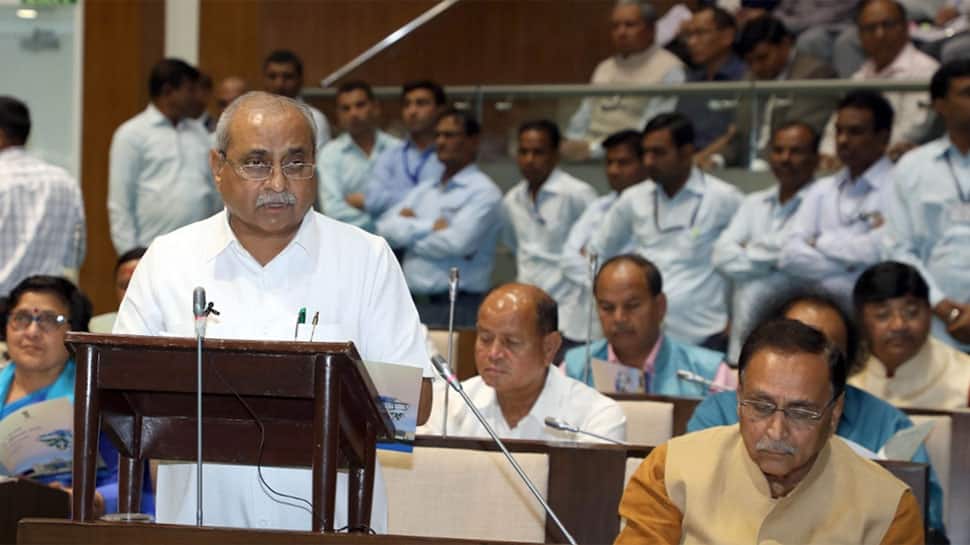 Coming ahead of the Lok Sabha polls, the budget included sops for the poor and the middle classes. The budget's size for the financial year 2019-20 was pegged at Rs 1,91,817 crore, however, as the vote-on-account was presented for the first four months due to the coming elections, the government sought approval for spending of Rs 64,255 crore without announcing any new scheme or project.

Patel, who holds the finance portfolio, said in his budget speech that in the last five years (2013-2017) Gujarat's average annual economic growth rate has been 9.9 per cent at constant (2011-12) prices, highest amongst the major states.

Patel also said that the state economy registered a growth of 11.2 per cent during 2017-18. Though he did not come out with new schemes, Patel announced enhancement of benefits under existing schemes.

The government also relaxed the income cap for availing of the insurance scheme from Rs 3 lakh per year to Rs 4 lakh. It announced waiver of unpaid principal, interest and penalty amount on electricity bills of Below Poverty Line consumers in urban areas, farmers, domestic consumers in rural areas and commercial power connections of small traders in rural areas.

The government has taken up on "a mission mode" the work of identifying 40 lakh beneficiary farmers under the Pradhan Mantri Kisan Samman Nidhi Yojna launched by the Union government, he said. Under the scheme, farmers will get Rs 6,000 per year as a direct financial assistance.

Fishermen will get enhanced diesel subsidy to Rs 15 per litre instead of the earlier Rs 12. It will benefit 10,677 fishing boat owners, the finance minister said.

The state government also increased widow pension by Rs 250 to 1,250, and removed the rule that a widow would not get pension once her son turns 21. Monthly honorarium of Anganwadi (child-care centre) workers was increased by Rs 900 to Rs 7,200 and that of Anganwadi helpers by Rs 450 to Rs 3,650.

The government also raised monthly honorarium of over 3,700 ASHA health workers by Rs 2,000 each. Nitin Patel told reporters later that a vote-on-account cannot introduce new schemes, but can increase amount of assistance in existing schemes.

However, the figure of debt was not given by the state finance department. The state's GSDP was Rs 13.15 lakh crore during 2017-18, a 14 per cent growth compared to the previous year, Patel said in the budget speech.'

No Surya Kiran aerobatics at Aero India 2019 in Bengaluru: IAF