According to reports, the encounter between forces and terrorists started at around 8 am on Saturday. So far, 2 terrorists have been killed in the gunfight. 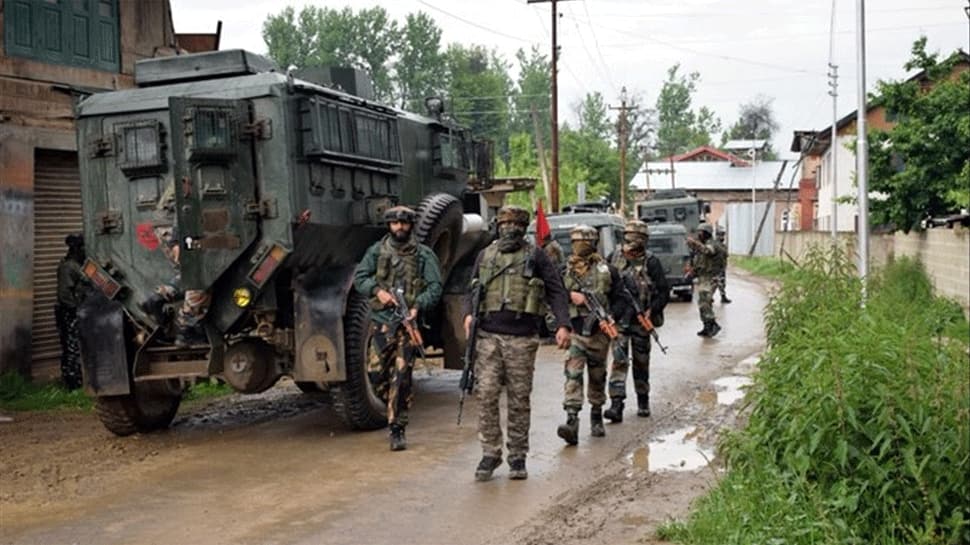 Srinagar: An encounter broke out between security forces and terrorists in Ranbirgarh on the outskirts of Srinagar in Jammu and Kashmir on Saturday (July 25). According to reports, security forces have killed two unidentified terrorists during the gunbattle.

The identities and group affiliations of slain terrorists are yet to be ascertained.

IGP Kashmir Vijay Kumar confirmed the development and said, "One more terrorist has been killed in an ongoing encounter, thus taking the toll to two in the Ranbirgarh gunbattle. However, the identities of terrorists are yet to be ascertained."

A police official said, "A Joint team of security forces including the Special Operations Group (SOG) of Jammu Kashmir Police, the Army and CRPF launched a search operation after receiving specific inputs about the presence of terrorists in the area."

Officials said that as the search party cordoned off the suspected spot in the wee hours of Saturday, hiding terrorists unleashed bullets upon them, which was retaliated by the force. The firing from both sides ensued a gunfight.

According to police sources, at least two to three terrorists are believed to have been trapped in the cordon during the search operation. The encounter operation was underway when the last reports came.

With this, at least 143 terrorists have been neutralised by forces in Kashmir.