Gurugram: Two arrested for speeding away with toll plaza employee on car's bonnet

The shocking incident happened when the car driver was stopped by the toll plaza employee to stop and pay the toll tax. 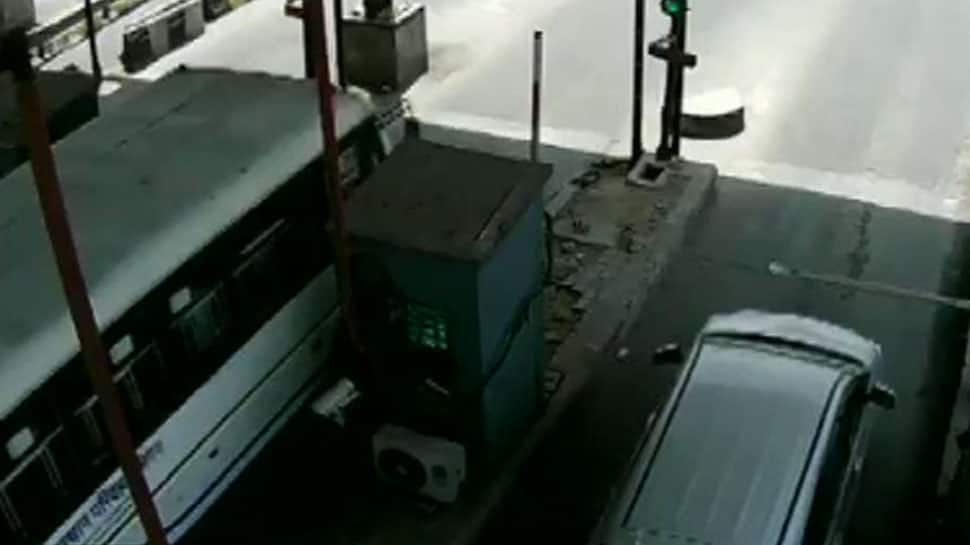 Police have arrested two persons in connection with the incident in which a toll plaza employee was dragged by a car driver on his car's bonnet for around for almost six kilometres in Gurugram, Haryana, on Saturday. The police have also seized the car involved in the incident.

Haryana: Two persons arrested in the case, where a car driver dragged a toll plaza employee on his car's bonnet in Gurugram yesterday. The car involved in the incident has also been seized.

The incident took place at the toll plaza in Kherki Daula toll after the driver rushed past the toll barrier and refused to stop even as the employee came out of the booth.

The toll plaza employee jumped on the bonnet of the car after the driver ignored his request. The driver sped away on the Gurugram-Manesar highway with the toll employee hanging onto the bonnet.

"You`ll stop my car? Even the police doesn't stop my car," the driver of the car told the employee, Arun Kumar after he refused to pay the toll as reported by news agency ANI.

Kumar added that he was dragged by the driver of Innova car after he tried to stop him. The whole incident was captured on the CCTV camera installed at the booth.

"They took me to the cloistered area, where they beat me up, tried to abduct me and assaulted me but somehow I managed to escape, " Kumar told ANI.

He added, "There were two youngsters in the car, registered in the name of the person who lives in Harinagar. The attack was captured on CCTV and the toll authorities reported a complaint about the incident to the police."

A case under relevant Indian Penal Code (IPC) sections was registered by the police on the complaint of the toll plaza employee."Several cars were passing on the road and many people witnessed the incident but no one came forward to help Arun," Kripal Singh, toll plaza spokesperson, was quoted as saying by ANI.