With his long tusks, majestic and composed demeanour, Padmanabhan earned him the title of ‘Gajaratnam’. 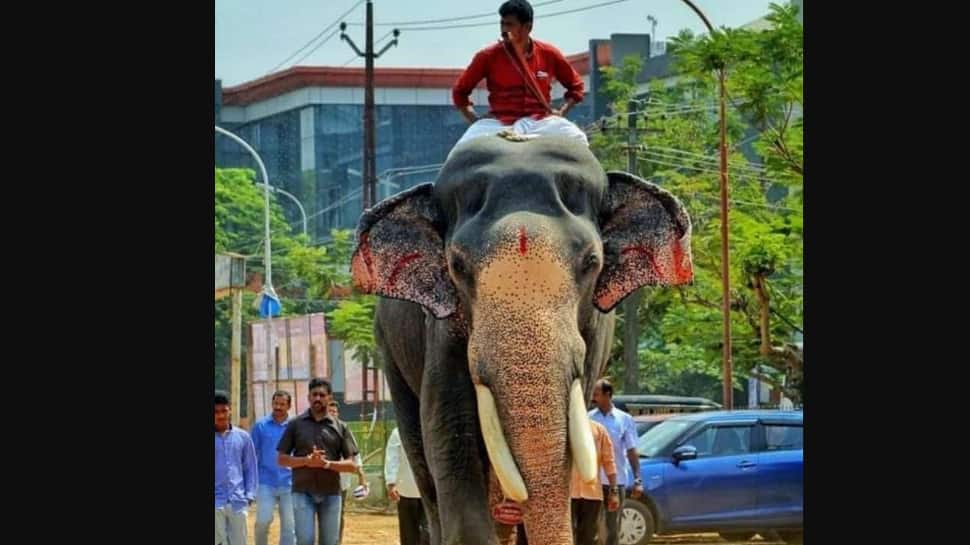 One of the most sought after elephants of the Guruvayur temple, ‘Gajaratnam’ Guruvayur Padmanabhan died on Wednesday (February 26). With his long tusks, majestic and composed demeanour, Padmanabhan earned him the title of ‘Gajaratnam’.

The 84-year-old tusker, had been carrying the Guruvayur Sri Krishna idol for over 66 years. The tusker had been unwell for over a month and was being treated for the last two weeks after he developed swelling in his body

At 9 am on Wednesday, his condition worsened and was declared dead at 2pm at the Punathoorkotta, a training centre for captive elephants near the Guruvayur Sri Krishna temple.

He had a massive fan-following in the state of Kerala Hundreds of devotees thronged Padmanabhan’s funeral, chanting ‘Narayana Narayana’, to pay their last respects.

Padmanabhan was offered to the temple by an individual from palakkad in 1954. Since then, the tusker has been carrying the Sri Krishna 'thidambu' or miniature idol of the presiding deity (for the last 66 years).