It may be recalled that on February 21, the official website of BJP's Chhattisgarh unit was allegedly defaced by Pakistan hackers. 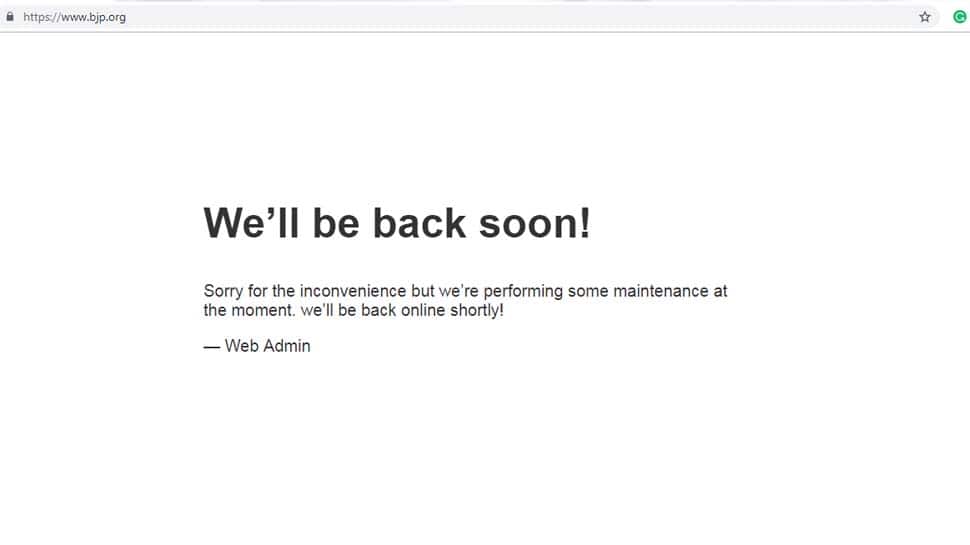 NEW DELHI: The hacked website of the Bharatiya Janata Party (BJP) was still down on Thursday. It is to be noted that the site had gone into the "maintenance mode" on Tuesday morning.

BJP`s IT cell head Amit Malviya had expressed confidence on Wednesday that the portal was likely to be up "by tonight or tomorrow". Talking to IANS, Malviya had admitted that the site had experienced some sort of "transgression" but stressed that it was down due to a "technical glitch" and not hacking.

"We are not filing any FIR with the police as the site is down only due to a technical glitch. We are trying to resolve the issue and hopefully it will be up by tonight or tomorrow," he said.

But the claims made by Malviya proved to be wrong as the website of the ruling party was still not up and the message on the website read: "We`ll be back soon! Sorry for the inconvenience but we`re performing some maintenance at the moment. We will be back online shortly!"

Meanwhile, French security researcher who goes by the name of Elliot Alderson and who grabbed headlines after publishing Aadhaar data leaks in the past tweeted on Wednesday: "The official website of @BJP4India has been hacked. I guess they stole the database too".

It may be recalled that on February 21, the official website of BJP's Chhattisgarh unit was allegedly defaced by Pakistan hackers. A message posted by hackers on the website read, "We are Pakistan Cyber Attackers." The hackers threatened of a serial blast and attached photographs of Pakistan flag and their Army on the hacked website.