Hafiz Saeed, 26/11 attacks mastermind, to be freed from house arrest in Pakistan 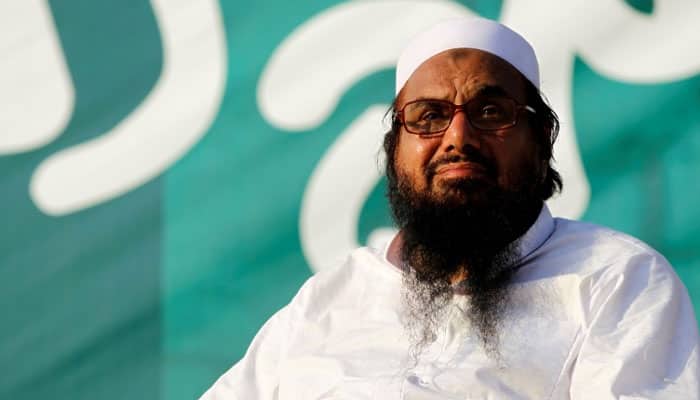 The JuD chief has been under house arrest since January.

Saeed had earlier approached the Lahore High Court to challenge the October 24 order of the Punjab's Home Department to extend his detention for another one month under a public safety law.

Under the law, the Pakistan government can detain a person for up to three months under different charges but to extend the detention, it needs approval from a judicial review board.

Rejecting the Pakistan government's plea to extend his detention for another three months, the board today ordered the immediate release of Hafiz Saeed.

"The government is ordered to release JuD chief Hafiz Saeed if he is not wanted in any other case," the board said, according to PTI.

Last month, the board had allowed a 30-day extension to the detention of Saeed which expires next week.

The board's order paved the way for Saeed's immediate release from house arrest.

On January 31, Saeed and his four aides - Abdullah Ubaid, Malik Zafar Iqbal, Abdul Rehman Abid and Qazi Kashif Hussain - were detained by the Punjab government for 90 days under the Anti-Terrorism Act 1997 and the Fourth Schedule of Anti- Terrorism Act 1997.

Saeed's four close aides were set free in the last week of October.

The US administration of President Donald Trump has offered a USD 10 million bounty on Saeed.

The JuD is believed to be the front organisation for the banned Lashkar-e-Toiba (LeT), which is responsible for carrying out the 2008 Mumbai terror attacks.