Referring to Mission Indradhanush, Kovind said intensive vaccination is being done, and 87 lakh pregnant women and 3.39 crore children were vaccinated. 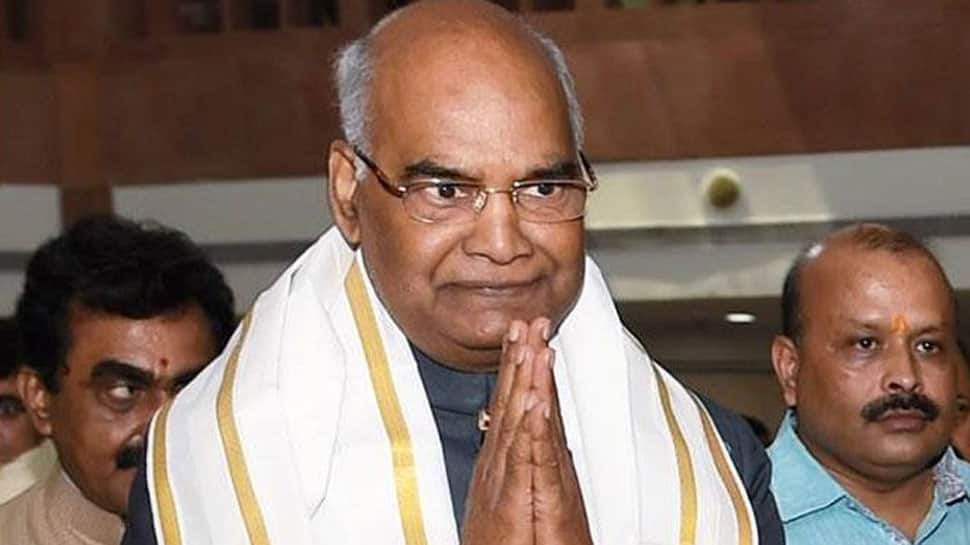 Lucknow: Expressing happiness that the government, the civil society, and private and charitable institutions were working together to implement the Ayushman Bharat programme, President Ram Nath Kovind said on Sunday the ambitious healthcare scheme will go a long way in providing medical cover, especially to the underprivileged.

Speaking at the inauguration of a private super-speciality hospital here, Kovind emphasised the importance of quality and affordable healthcare in the country, particularly in Uttar Pradesh.

He pointed to the successes in meeting the challenges of traditional infectious and communicable diseases, and also to the changing disease patterns in the country that are giving rise to greater cases to non-communicable or lifestyle ailments.

The president said around 63 per cent of people in the country have to bear the cost of treatment of their family members. This expense makes the poor even more poorer, and they have to sell their property for treatment.

In this context, he said, the Ayushman Bharat programme, launched in 2018, will go a long way in providing medical cover, especially to underprivileged citizens.

He said quality health for everybody was a shared goal. As such, he was happy the government, the civil society, private and charitable institutions and other stakeholders were working together.

The president expressed confidence that the hospital he inaugurated on Sunday would provide state-of-the-art medical care to the people of the state and the region at a reasonable cost.

Referring to Mission Indradhanush, Kovind said intensive vaccination is being done, and 87 lakh pregnant women and 3.39 crore children were vaccinated.

He also said that for prevention of encephalitis, 'Action Plan 2018' has been launched with the support of WHO and UNICEF.

"As a result, deaths due to Japanese Encephalitis in 2018 have dropped, as compared to 2017. There has been a 68 per cent drop in the deaths.

The number of people getting infected to Japanese Encephalitis has also dropped by 53 per cent in the same period.

"This is a good sign. For this effort, doctors and para-medic staff along with the government should be praised," he said.

"The priority of the government is to bring an improvement in the health of the people and for this, health and medical infrastructure is being rapidly strengthened across the country," he said.

Paying tributes to the martyrs of the Pulwama terrorist attack, the president said, "The citizens of the country are in deep pain following the martyrdom of our jawans in Pulwama. A number of jawans from Uttar Pradesh also sacrificed their lives. I, on the behalf of the entire nation, salute their martyrdom."