In a letter to CM Banerjee, he asked her to personally intervene in resolving the current impasse and take steps to provide a secure working environment to doctors in West Bengal. 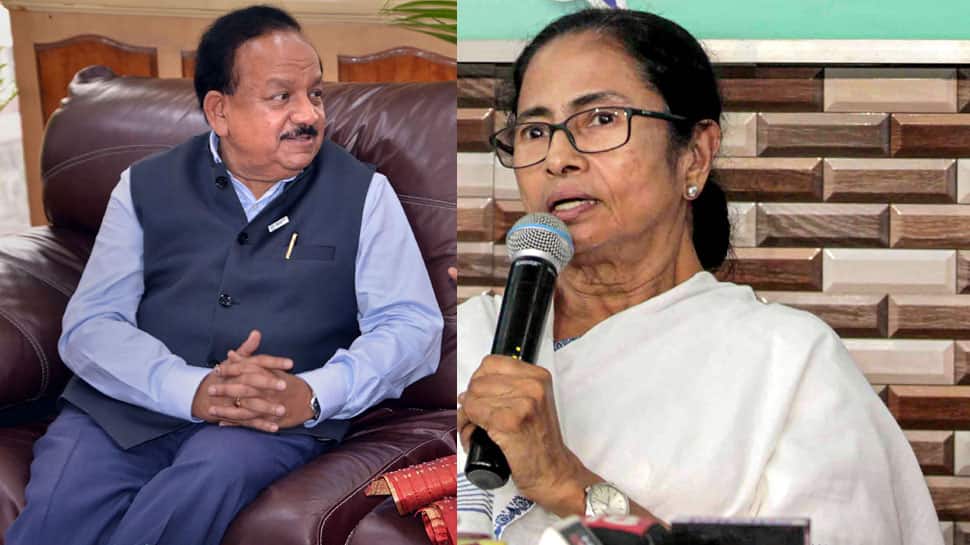 In the backdrop of agitation by doctors in many parts of the country in support of protesting doctors in Kolkata, Union Health Minister Harsh Vardhan on Friday urged West Bengal Chief Minister Mamata Banerjee to ensure an "amicable end" to the stir. In a letter to CM Banerjee, he asked her to personally intervene in resolving the current impasse and take steps to provide a secure working environment to doctors in West Bengal. The Union minister also reiterated that the entire country is being adversely affected due to the developments in the state.

"I take this opportunity to urge upon you to personally intervene in resolving the current impasse and taking steps to provide a secure working environment to doctors in the State of West Bengal. The entire country is being adversely affected due to developments in West Bengal and therefore ensuring an amicable end to the agitation will be beneficial and is strongly warranted. The Government of India is with you in this endeavour and is fully willing to provide any assistance you may need in this regard," he said.

He warned that the matter has given rise to concern as the stir is not heading towards resolution, but is getting aggravated. "It is a matter of concern that the agitation by doctors in West Bengal is not heading towards resolution, but seems to be getting aggravated. Better communication with doctors and a compassionate approach to take care of the genuine problems being faced by them in day to day functioning would definitely be helpful in tiding over the crisis which has been created," he wrote.

The Union Minister also urged that strong action must be ensured by the law enforcement agencies against any person who assaults doctors as they form an important pillar of society.

"Madam, you will agree with me that doctors form an important pillar of society. Our doctors rank among the best in the world and have given a very good account of themselves in many foreign countries. They work for long hours under stressful conditions, grappling with a huge load of patients. It is our duty to provide good working conditions and a secure environment for them. Strong action against any person who assaults them must be ensured by the law enforcement agencies. At the same time, doctors must also be oriented towards treating patients with courtesy and exhibiting compassion in their interactions," he further wrote.

Junior doctors in West Bengal are on a strike since Tuesday after two of their colleagues were attacked and seriously injured allegedly by the relatives of a patient who died at NRS Medical College and Hospital in Kolkata.

Scores of doctors at several governments and private hospitals in Delhi held demonstrations Friday by marching and raising slogans to express solidarity with their protesting colleagues in West Bengal.

The doctors, in a memorandum submitted to Vardhan, demanded a central law against hospital violence. They have sought immediate security and intervention of the Centre to stop the "politically motivated atrocity" on the protesting doctors in West Bengal. They have also demanded recruitment of both "armed and unarmed trained competent security guards" at all government health facilities and increasing the number of security staff at hostels.

The delegation also sought to make CCTV vigilance in every hospital mandatory and implementation of a hotline alarm system. Vardhan has assured the doctors that he will look into their demands.